I actually thought this was an opportunity and bought some given how appalling the timing was, trade wars and China tanking, for the float and that they halved the valuation for the float. Even though it's probably a long term rip off or Apple is still cheap as chips!

Co-founded by billionaire Lei Jun, Xiaomi has a market value of about $50 billion, a far cry from the $100 billion touted last year. The 1.2 percent slide at the close of trade is the worst first-day performance for a $1 billion-plus Hong Kong IPO since 2015.

"After raising $4.7 billion in an initial public offering selling stock at the bottom of its marketed range, the first day of trade saw the shares slide as much as 6 percent in Hong Kong. The IPO had been touted as the culmination of a remarkable turnaround and the starting gun for a clutch of mega debuts but it came amid sliding markets and an escalating trade spat between the U.S. and China." 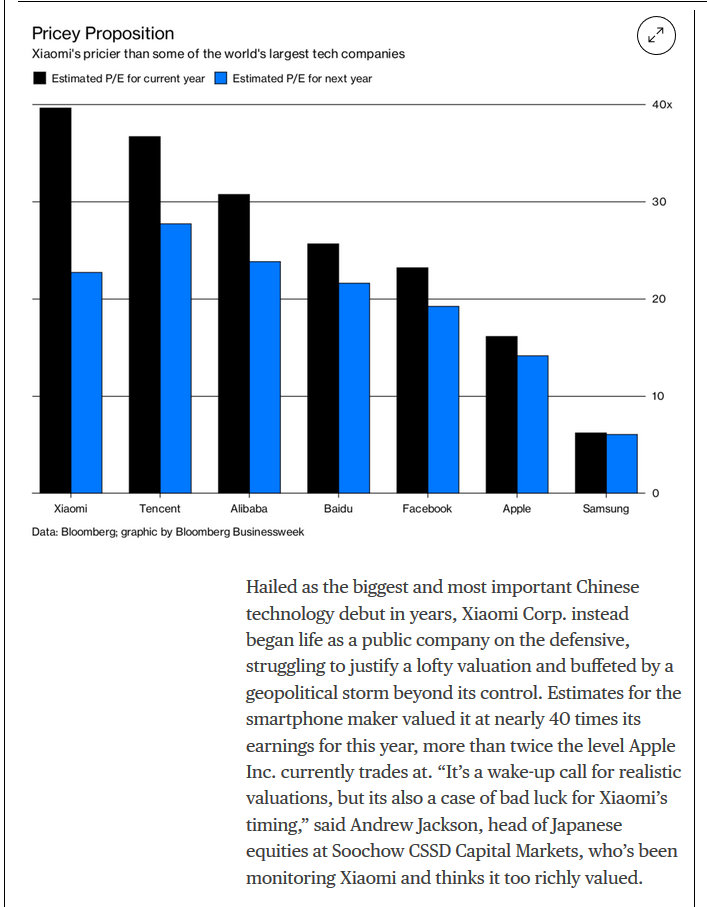 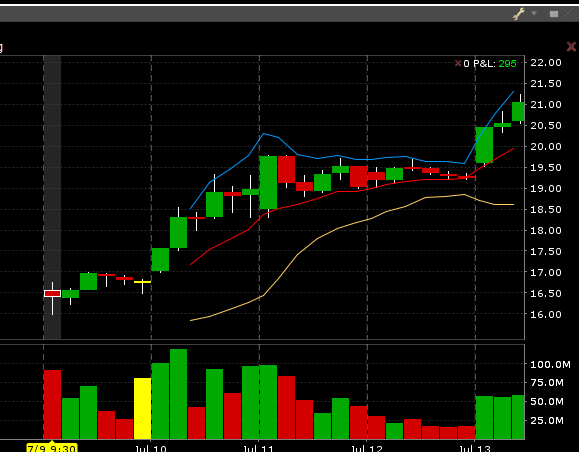 Possibilities for the FDAX are looking tasty from a volatility POV.....Monthly Dax H&S and then the Intraday level 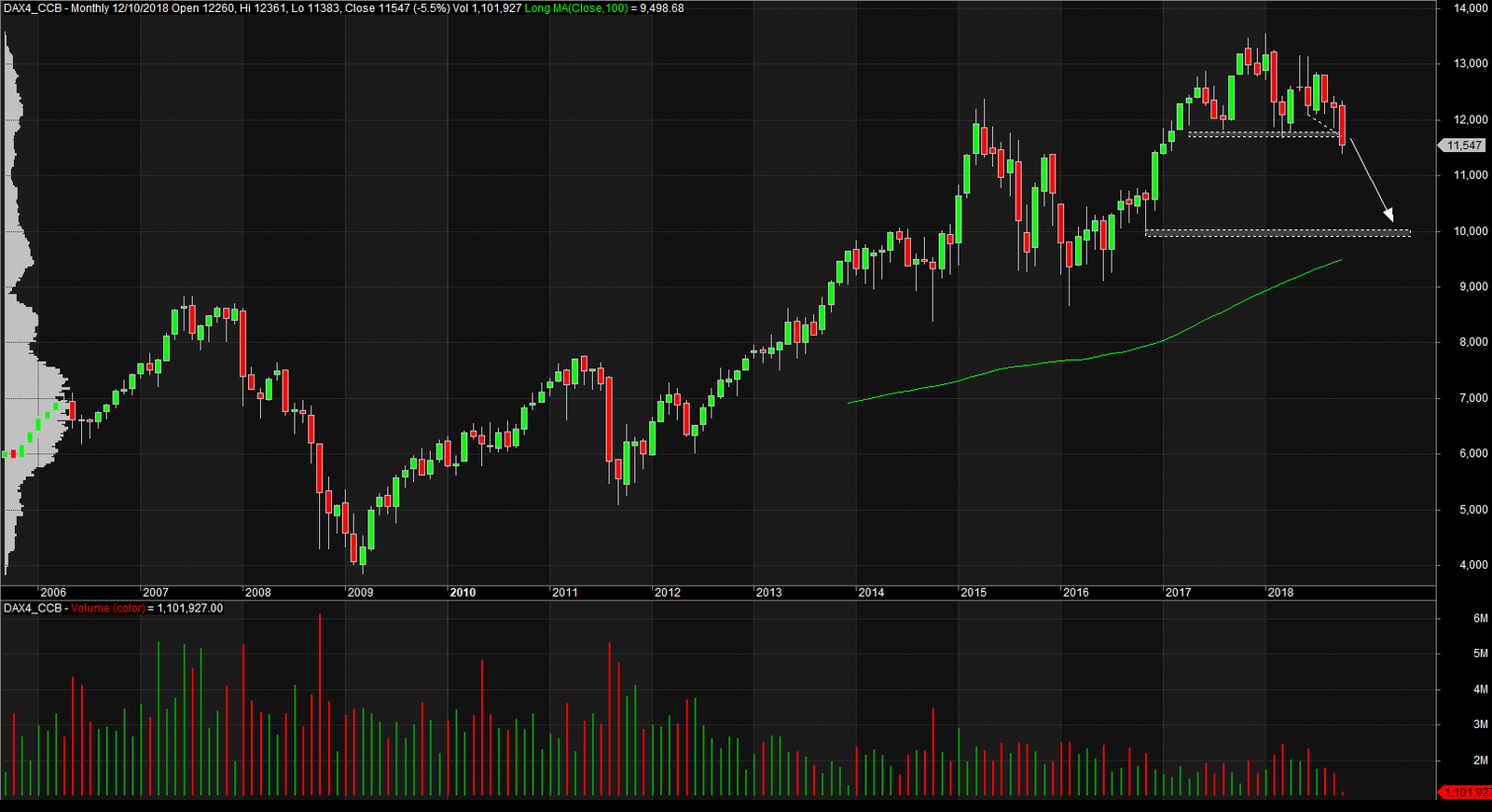 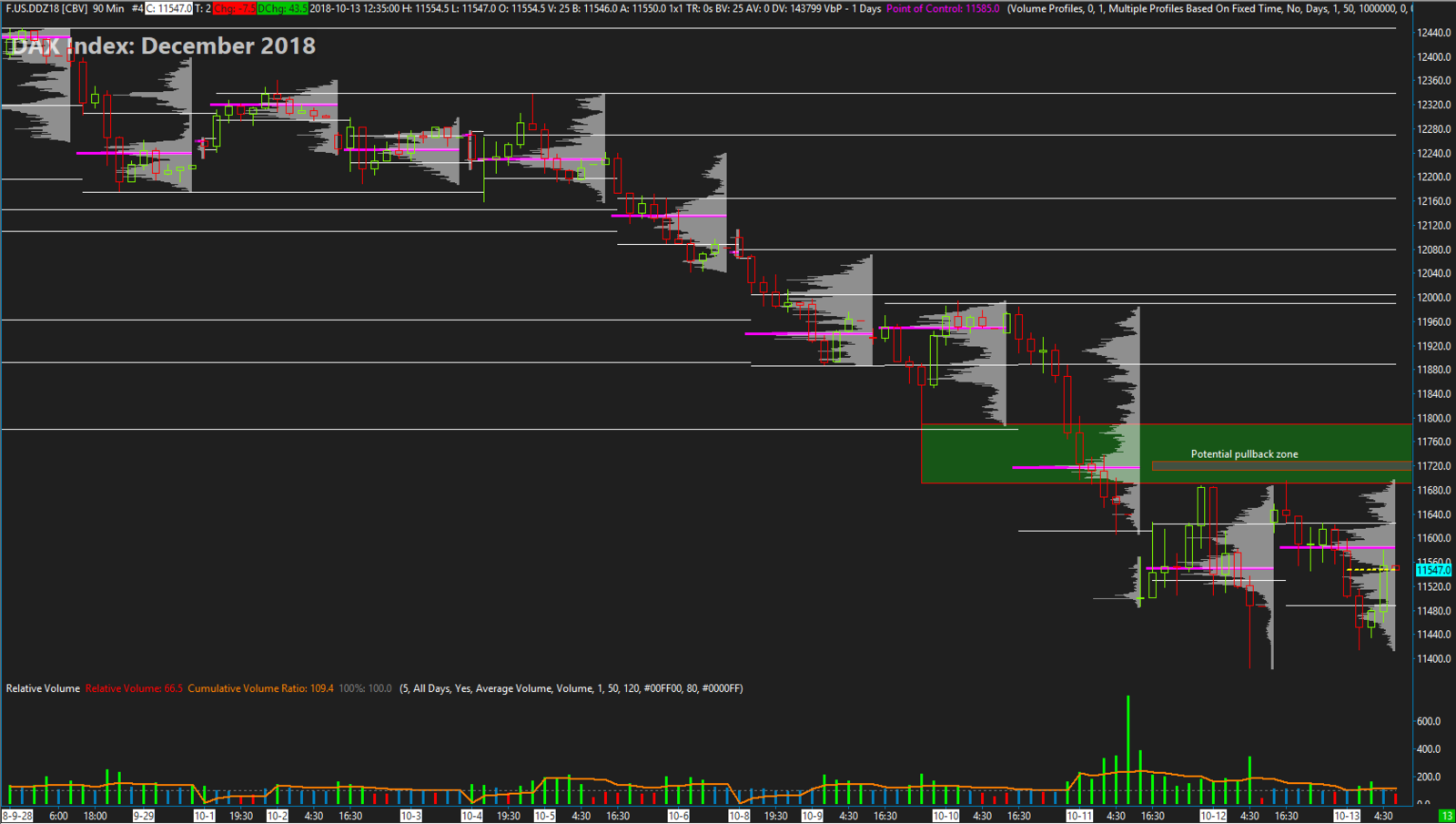 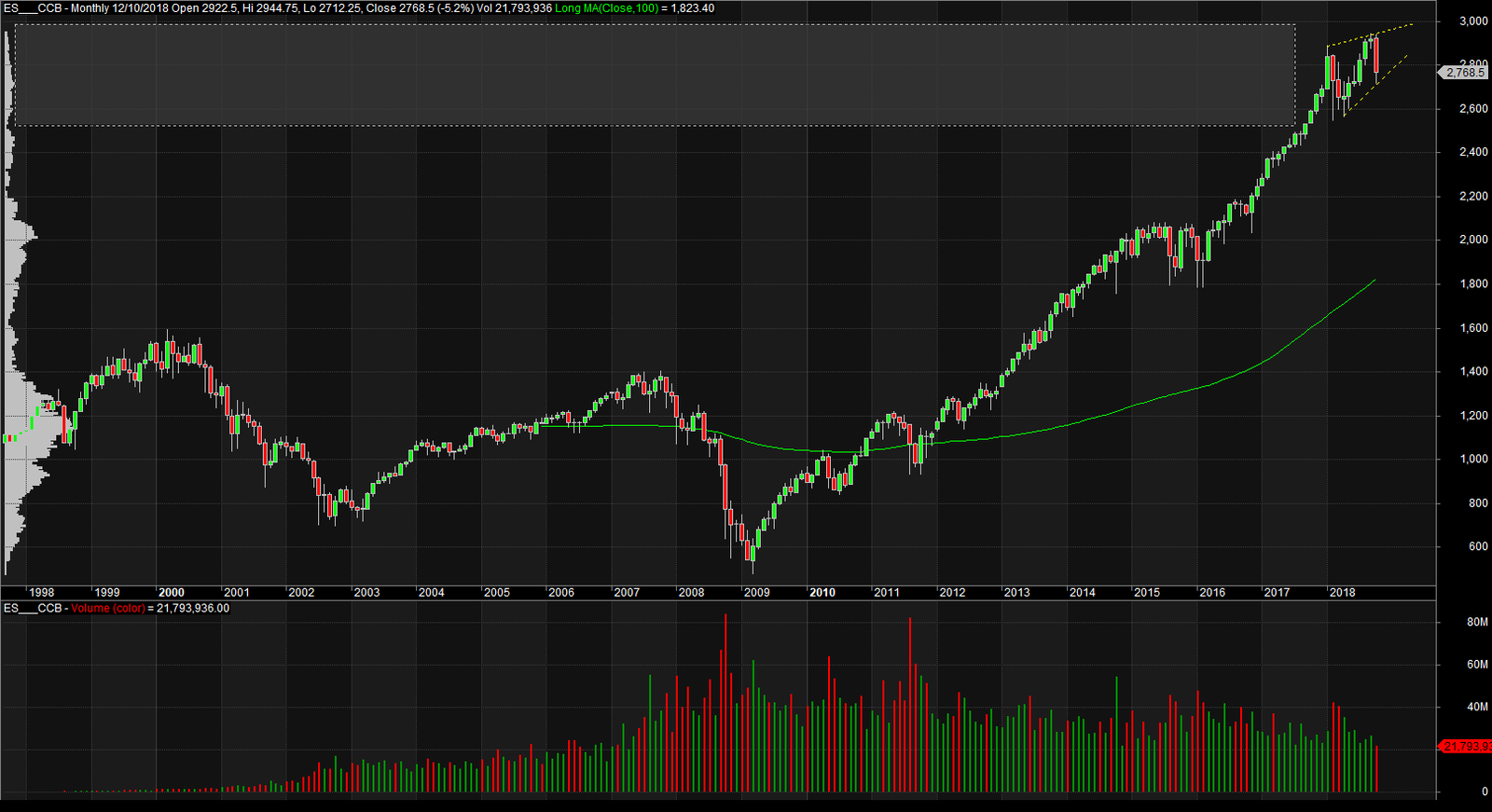 The NQ might outperform if we get another leg up or sideways on the other indices before a major correction....3 drives to a high? 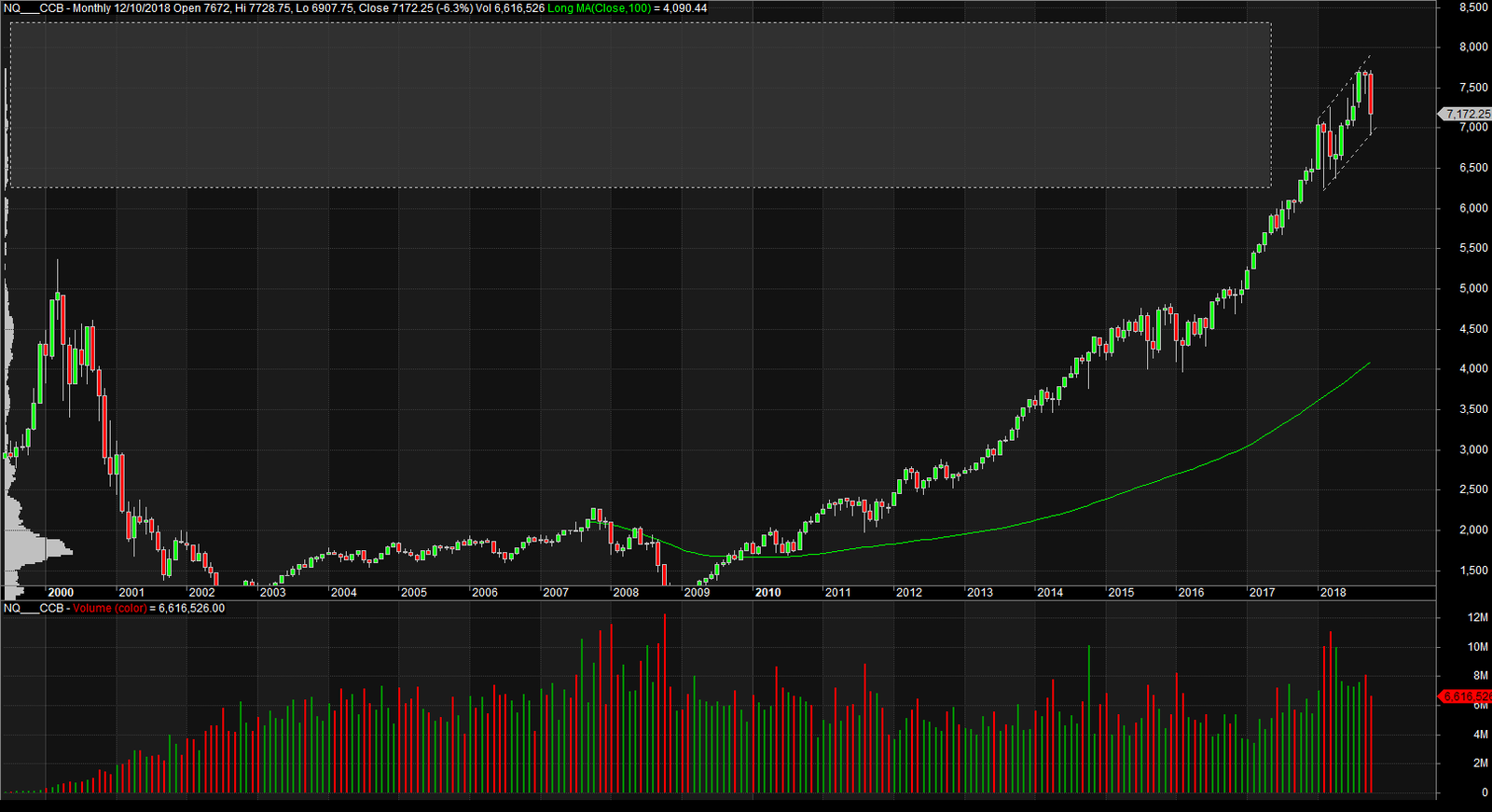 The most obvious thing that stands out to me regarding these US charts is the thin volume at these tops....These ranges need to be filler out before we can go much higher....we need new buyers to keep buying.

Looks to me that there needs to be a lengthy period of horizontal consolidation before any up move can begin. 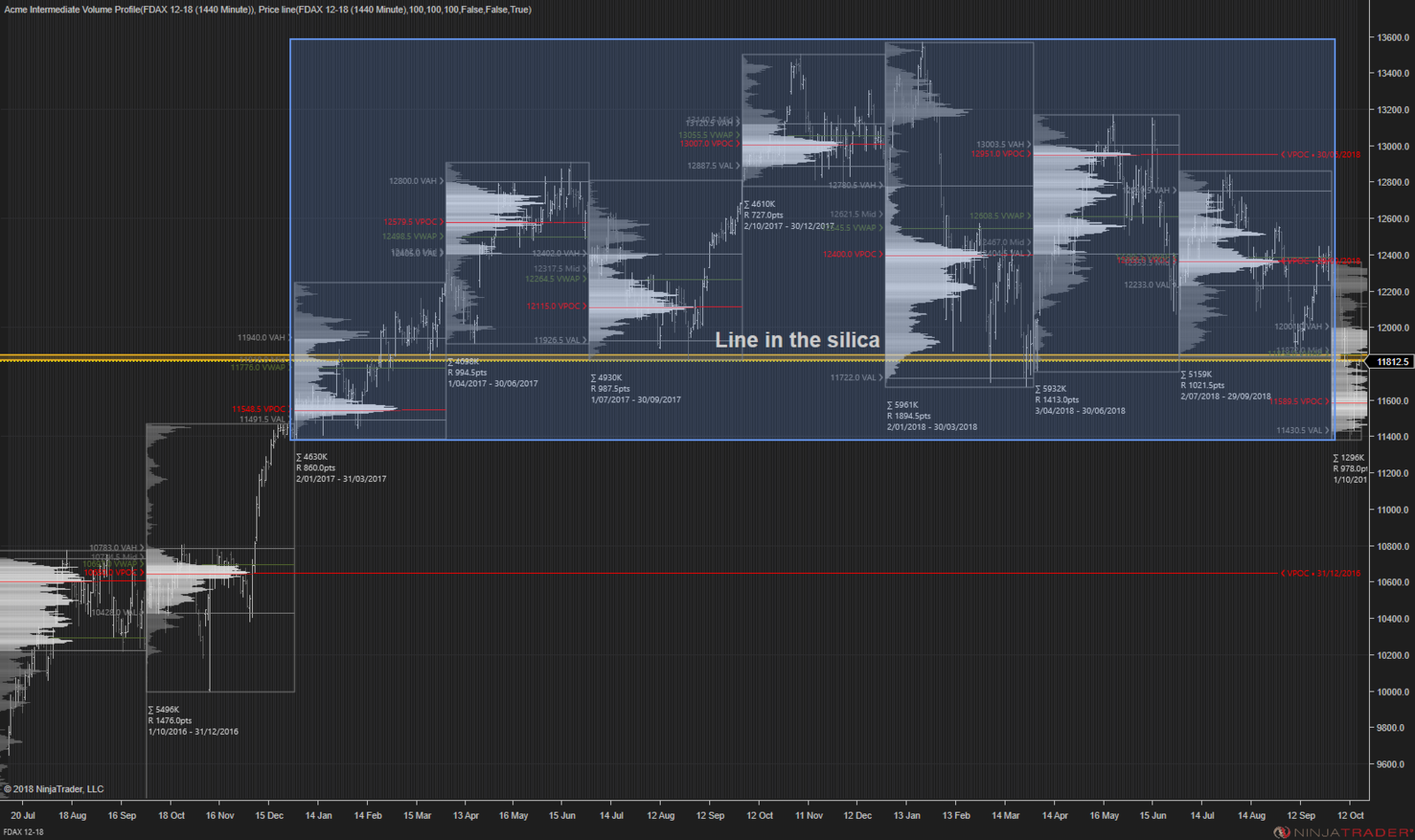 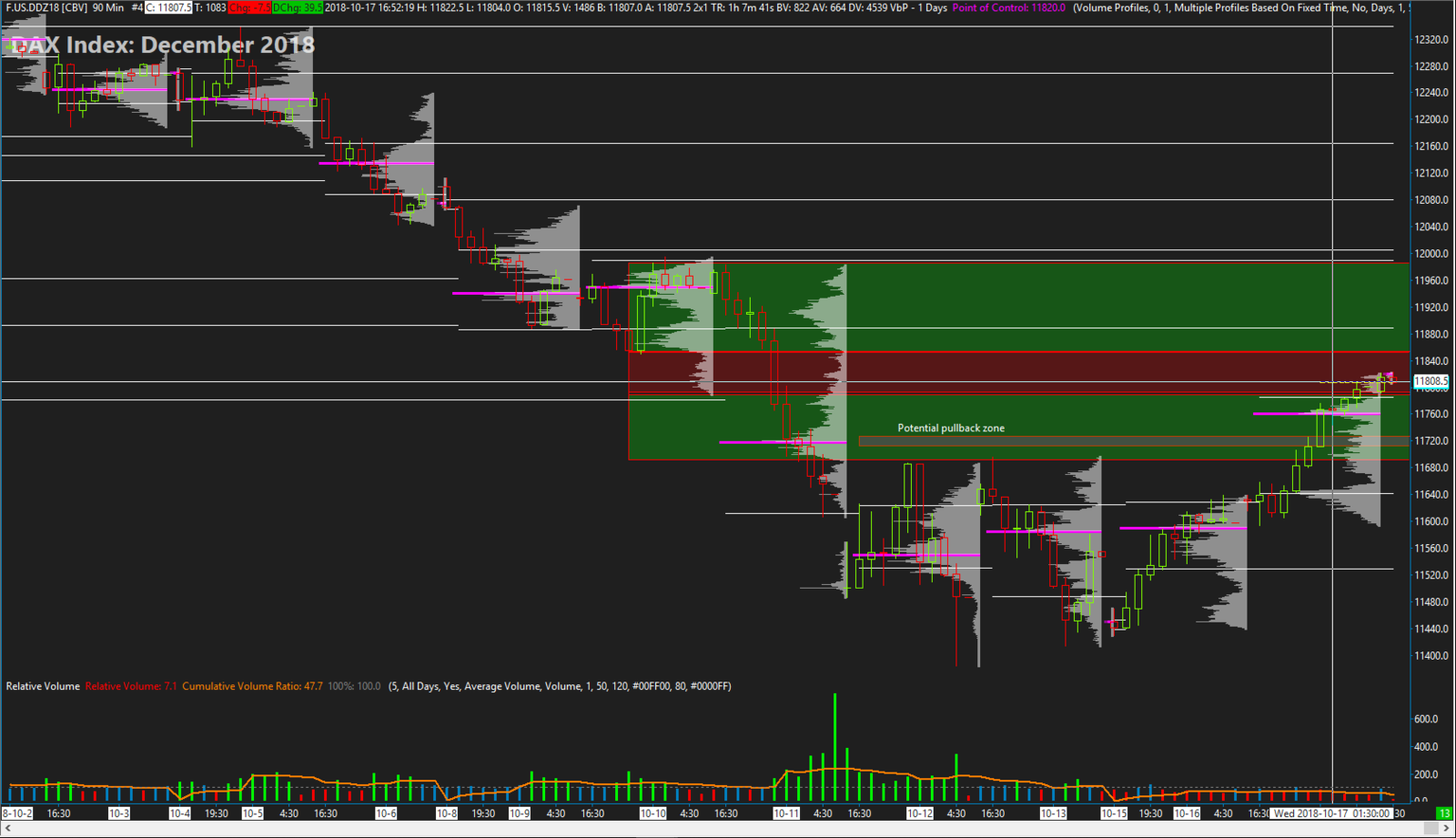 I guess its die....most of the decline in US hours. H&S retest complete. 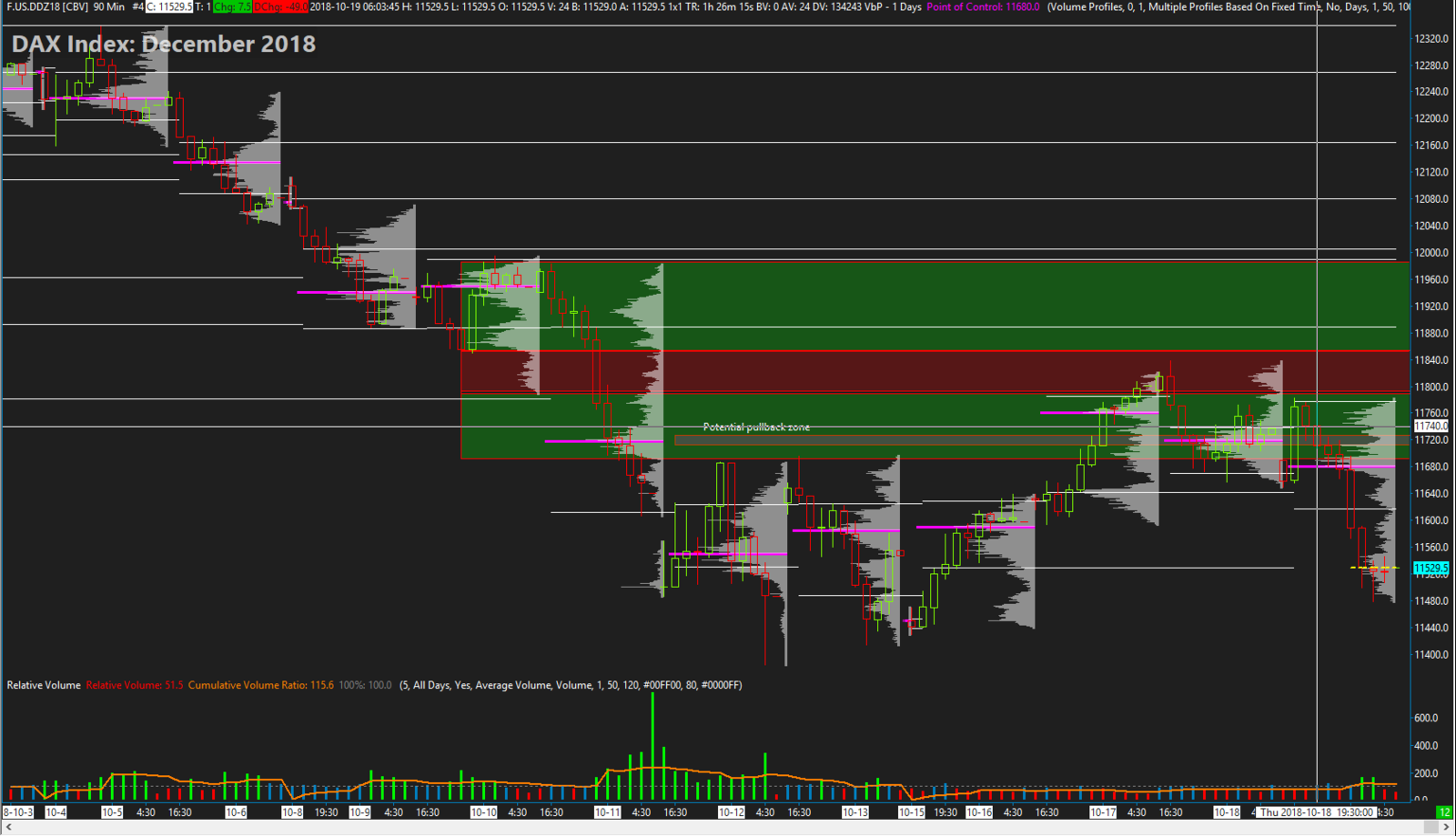 Early polling shows Dems are going to take back the house.
The US$ immediately sells off against the basket of currencies.
US Futures sell off also.
All week people have been expecting this anyway and it doesn't make much difference because Trump has pushed through all the major things he could prior and there is bipartisan support of the stance against China!!
If the house tries to take back some tax, Trump will veto it.
So nothing changes, even if the Dems were to take back the senate as well, which is highly improbable and not anticipated.
Last edited: 7 November 2018 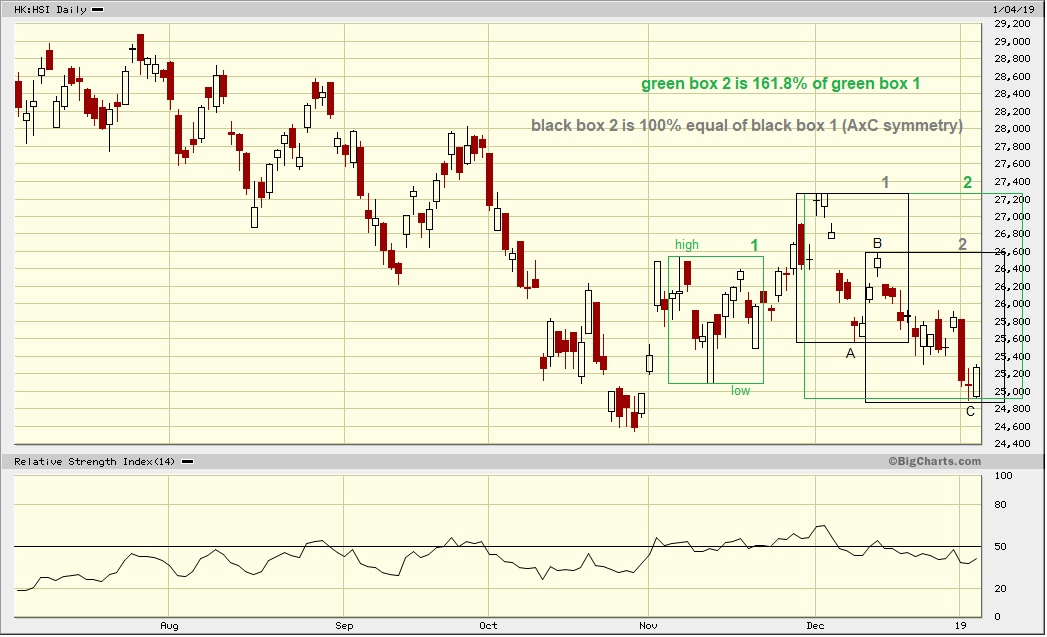 observation
i trade off these a lot.....if nothing else, when pos'd the opposite direction, these can be used for risk

Time to evaluate the situation
http://www.daytrade-profit.com/2019/01/is-it-time-for-change-in-markets-to.html

observation
i trade off these a lot.....if nothing else, when pos'd the opposite direction, these can be used for risk
Click to expand...


and we check what's in the oven, et voila!

https://www.sharecast.com/news/market-report-close/london-close--3828773.html
London close: Stocks end week on an up note, even as pound falls back

A bid for Red Rock Resources LSE:RRR is an increasing possibility at the low market cap compared to the guestimate value of Musonoi, DRC alone. There are a lot of options and warrants though the 1.4p 30 April 2019 warrants ran out of time. Recent warrants created were at 0.75p, and CLNs at 0.8p.
Any bid, if it ever arrives, is likely to be lower than expected but probably in the range 1.5p to 3p a share. A bidder is likely to retain the company to use tax losses and sell off all other quoted assets, Jupiter, Para etc., except Migori, Kenya.
A clever bidder could make a move very soon. Katanga are favourites as part of Glencore but at the same time are known to be under-bidders.

A direct bid for Red Rock would give Katanga a controlling 50.1% interest in Musonoi. A bid for Musonoi alone would prove much more expensive. AB has noted in his broadcast that the company has received interest which would surprise.

RRR liabilities would be lower on CLNs being converted on a bid arriving. 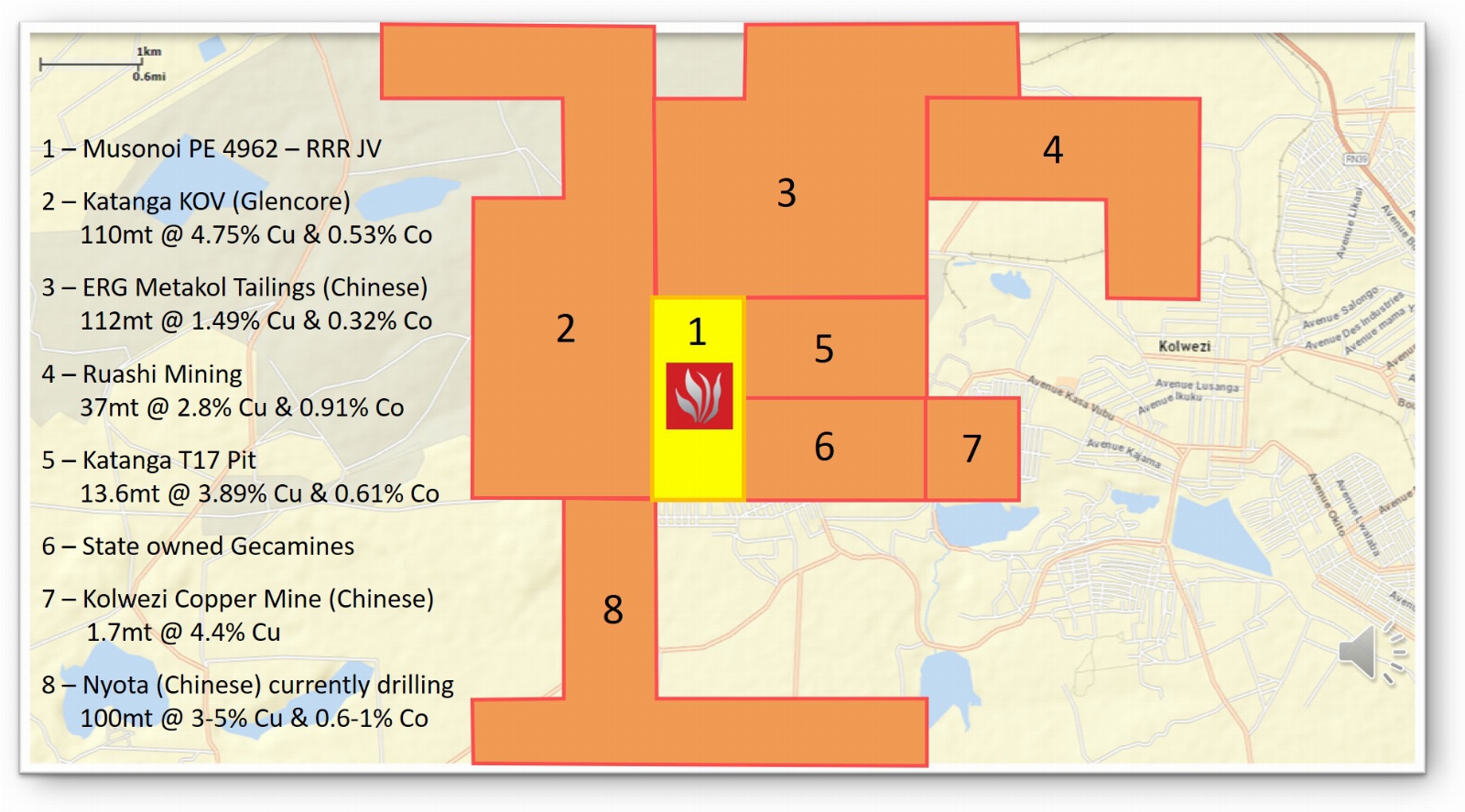 The thing that should be on everyone's mind is the fact that Trumps tax cuts have caused the US deficit to skyrocket and even the author of GOP tax bill admits cuts 'may' not pay for themselves
They are no where near being made up for by growth which was what was supposed to happen.

The US economy is showing signs of a slowdown in fact.
Trump has effectively pulled growth from a potential second term into his first term in order to be re-elected on the basis of first term economic performance!

Thus even if Trump gets re-elected, which will be a short term relief for the markets, he cannot pull on the next term and will have no incentive to! In fact he will have all the incentive in the world to act on his world vision rather than economic performance.

If a democrat gets in they will surely cut back on the tax cuts as they should but the economy will have slowed and a democrat being elected will in itself gut the market. This is only year off.
We are in an epic euphoric value trap moment before a plunge.

The expected US Fed rate cut will make things interesting!

By Matthew Lynn, SMH: July 27, 2019 -OPINION: https://www.smh.com.au/business/mar...-market-party-gets-rowdy-20190727-p52bbf.html
Fed cut will add vodka to the punch just as market party gets rowdy
...The last time the Fed cut rates with the equity markets at an all-time high was way back in January 1996...And what happened? After each and every one of those 17 rate cuts, the market was higher a year later, and often very significantly so...Overall, the median gain in the year after the Fed pumped up a bull market with extra rate cuts was 10 per cent, and the market has never fallen...
Click to expand...

With US budget deficits exploding catalysed by the lunatic tax cuts implemented by Trump this one is going to be hard to see how they come back from.
https://www.cnbc.com/video/2019/08/...actor-in-the-yield-curve-inversion-roach.html

Then balance it up with this -