Sharkman said:
yeah i'm a bit confused by what i'm seeing too. i was looking at some 1 month 25'ish delta puts across the big banks today in considering a possible trade along those lines, and strangely CBAs were sitting 2-3 vol higher than the other 3, they were around 23 whereas NAB/WBC were about 20 and ANZ about 21.

usually it's the other way round, CBA is traditionally the lowest beta of the big 4, in "normal" times CBA typically sits around 12-13 and the other 3 hover around 14-15. not sure what's going on. do they know something we don't, or is this just an excellent opportunity to rack up some good decay for relatively low risk?
Click to expand...


well there should be a housing market stress coming ( too soon for some ) , given the history ( and size ) of CBA one would think the Federal Government is more liable to throw the life-line to CBA quickly ( the others MIGHT be let wiggle for a while )

there is also inflation building , i am guessing NORMALLY the analysts/fund managers would see the better growth potential of the 'lesser three ' but now they prefer the bulk and defensive traits of CBA

divs4ever said:
well there should be a housing market stress coming ( too soon for some ) , given the history ( and size ) of CBA one would think the Federal Government is more liable to throw the life-line to CBA quickly ( the others MIGHT be let wiggle for a while )

there is also inflation building , i am guessing NORMALLY the analysts/fund managers would see the better growth potential of the 'lesser three ' but now they prefer the bulk and defensive traits of CBA
Click to expand...


that's the thing though - i don't know whether the gov will treat CBA preferentially given its larger mortgage book or not, but if that were the case and/or if the fund managers are now preferring the defensive traits of CBA, that should reduce its perceived risk which should result in it having a lower IV than the others, not higher.

something is bidding up those vols, possibly there's a lot of downside protection being bought. i guess maybe because CBA has the largest mortgage book instos are worried it'll get hit the hardest if housing runs into trouble when rates start rising? purely a guess though, i really have no idea at the moment.

plenty of guessing to be had , in earlier times you could guess a government reaction , but now we have 'bail-in ' provisions and 'unquestionably strong banks ' ( will the government follow the new plan , or start throwing life-lines


Sharkman said:
i really have no idea at the moment.
Click to expand...

neither do i , but i have a plan for if the market ( and banks ) climb and climb and one for a major down ( and buy SOME dips if it just keeps on bouncing along )

Not sure if this is a dead cat, or if it's found a support base. Probably at the mercy of US overnight markets at the moment. 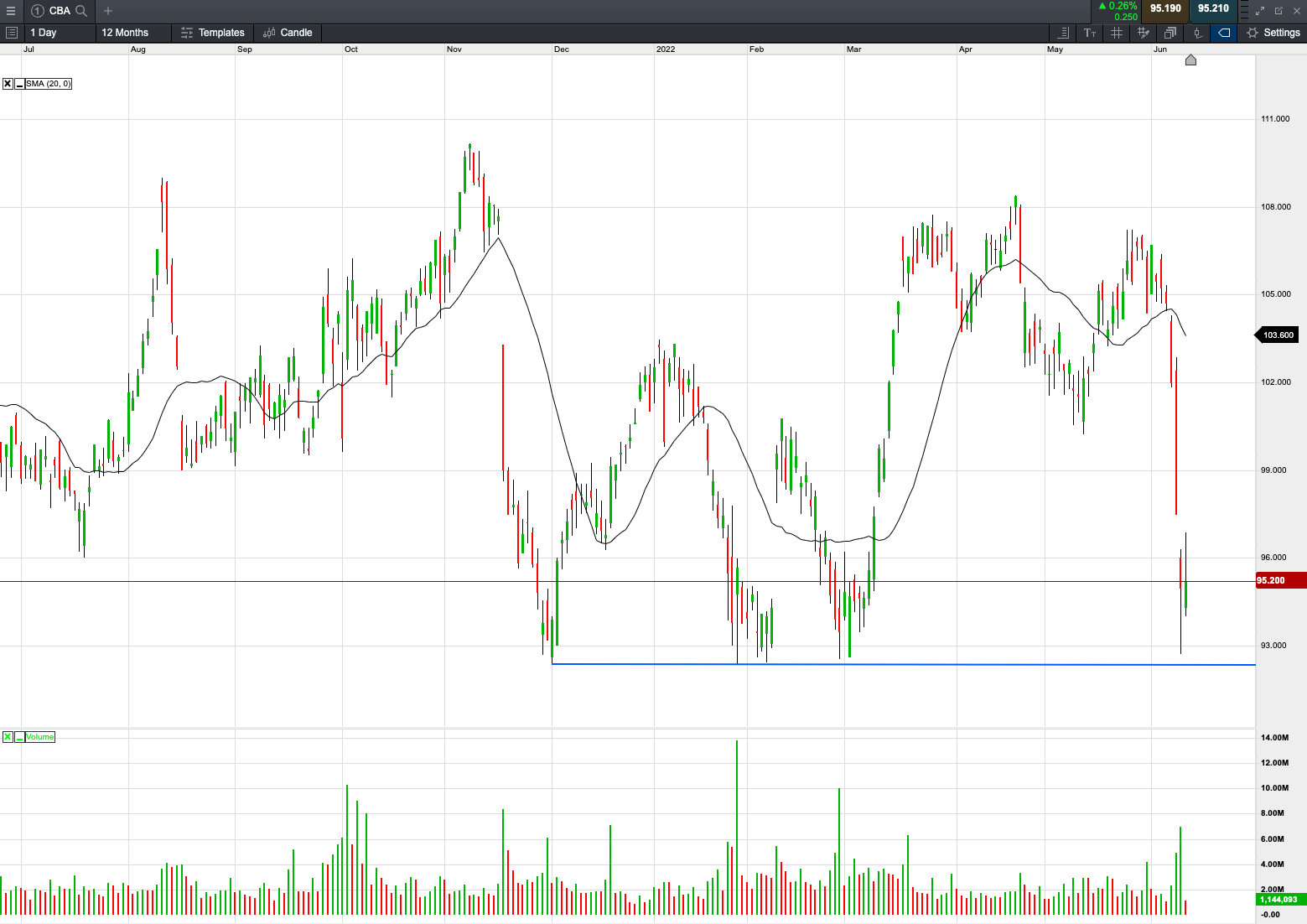 All that excitement this morning didn't last long, one major gone red

didn't even fill the gap
E

yeah, not enough fillers in the cracks
D

CBA's stake in giant BNPL ( plus normal banking services in Europe ) Swedish player, KLARNA , is still in profit, with its holding worth $ US 335 Million after taking part in the recent $ US 800 Million raising. That brings KLARNA's mkt cap up to $ US 6.7 Billion, a fair bit down from the $ US 45.6 Billion valuation, a year ago.

CBA's investment in the buy-now, pay-later show, was worth a cool $ 2.3 Billion back then, too.
The bank doesn't see the next generation of customers, ever returning to its once highly profitable credit card racket.

A fully franked final dividend of $2.10 per share has been determined for the six months to 30 June 2022. 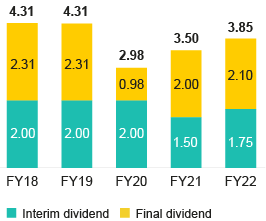 .... the huge write-down was driven by changes in private equity valuations over the year and revenue multiple adjustments lower.
Click to expand...

One of the first ones I bought when the rally was starting but now have exited this position as most likely this will re test lows. Price met price projection and is now a sell for me.

i'm not so sure the rally is done just yet, 30 day EMA looks like it's about to cross over the 180 day, maybe it's not quite out of puff just yet. i did sell the sep 100.01 (european style) covered calls the other day anyway, as it's basically like collecting a second dividend, and the collateral can always be recycled into stripping the div of one of the other 3 in nov if it gets assigned. i'll still regret it if it ends up hitting those 108 peaks as it's done a few times over the past year, but with vols hovering in the low 20s (significantly elevated vs CBA's historical tendency) i thought it was worth the risk

P
Is there a way to trade on Interactive Brokers UK/USA as Australian resident?