basiac said:
Bogo do you always trade from the weekly or do you scan both?

BTW lucky me, nearly missed the setup .... Thanks
Click to expand...

Both my EW pattern scans on MTPredictor and my breakout scans on Amibroker are weekly.
I find that there is too much erratic behaviour on daily charts especially in the small ords and metals and mining sectors.

I usually have a look at charts of interest in both daily and monthly but mostly for interest or anything obvious whereas with daily scan results I find it essential to look at the weekly as quite often you may be defying the trend.

Looking good today. The 6 lithium stocks on the Nasdaq up an average of 6% overnight. Pls up around 5.5% today.

Frustrating day for me. Make a big blunder. Last 2 Market days were frightening, so place to sell with a couple of hundreds profit. This morning added another parcel, total 8k units but forget to shift selling price to higher ground, it went quick on the Open n total profit is only 800 plus.
OMG, I shldnt have added the 2nd parcel to sell in the pre open.
Profit could have been near to 2k.
Oh well, can't win all the time...

explod said:
Looking good today. The 6 lithium stocks on the Nasdaq up an average of 6% overnight. Pls up around 5.5% today. 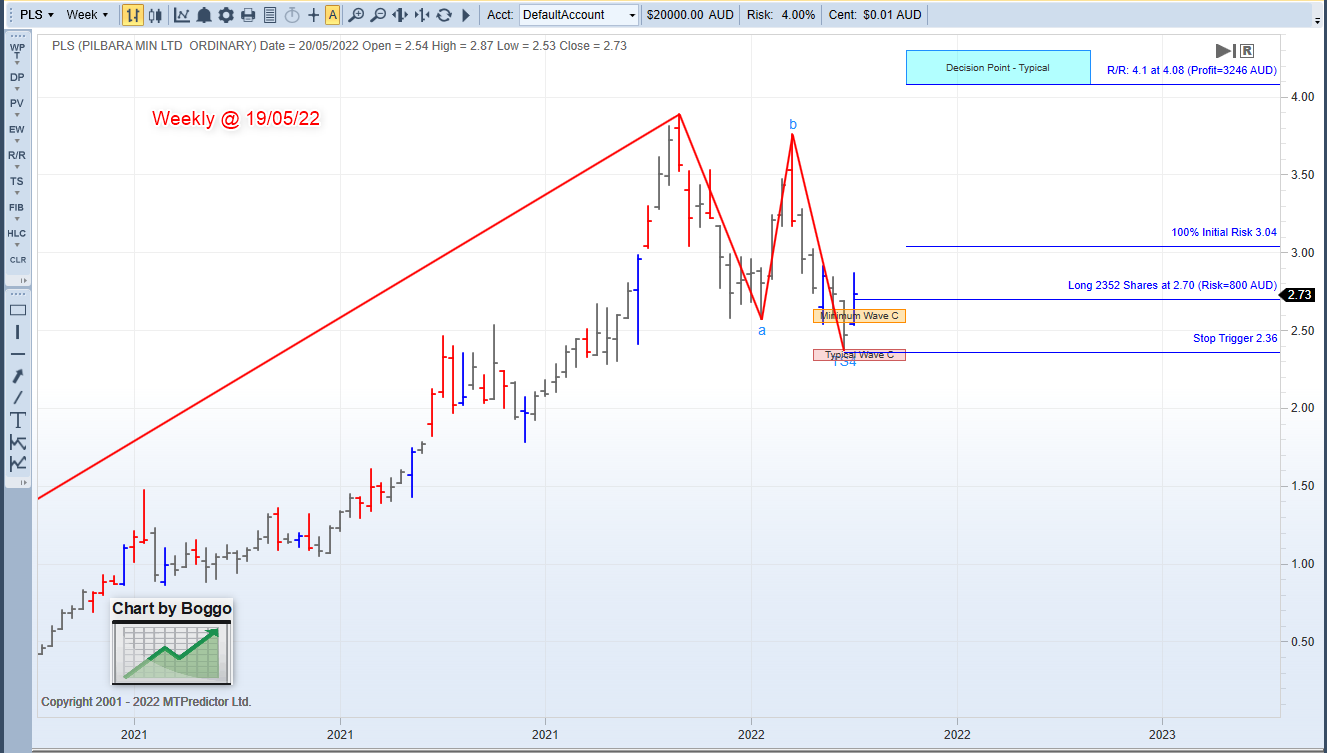 This is hitting the news of late as Lithium is in short supply and much sought after.

I'm all in and looking for forward to a good month.

Fitzgerald report all over it the last two weeks also.

What's happening to PLS? Price had been falling then doing the yo yo..
What's going on .. pick up for cheap...2 for grandkids and 2 for myself...one was at High and the other was on the border line..
Just wondering should I go for the 3rd time on Low..
I believe in this stock and just look at it... is time to enter again..mmm

Rabbithop said:
What's happening to PLS? Price had been falling then doing the yo yo..
What's going on .. pick up for cheap...2 for grandkids and 2 for myself...one was at High and the other was on the border line..
Just wondering should I go for the 3rd time on Low..
I believe in this stock and just look at it... is time to enter again..mmm
Click to expand...


Look at that sector.

My pick again for July comp. A big recent fall, mainly due to some US news suggesting an oversupply in Lithium. This may occur in about 5 years as new mining companies complete development. Not the case with PLS which is in full production and having high direct auctions for each shipload. A lot to say and will add more in a day or two. Chart indicates clearly the drop and rise as the real news is coming through. 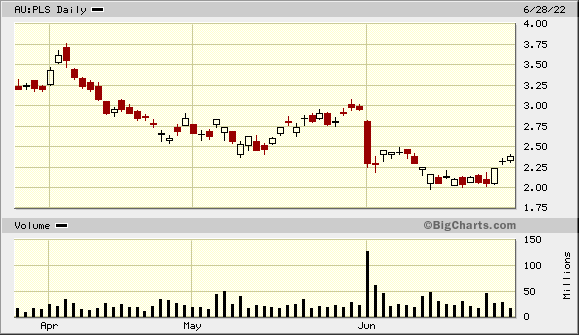 Pilbara Minerals says it has auctioned a cargo of 5000 dry metric tonnes of lithium spodumene concentrate to China for $US6841 a tonne.
E

Dona Ferentes said:
Pilbara Minerals says it has auctioned a cargo of 5000 dry metric tonnes of lithium spodumene concentrate to China for $US6841 a tonne.
Click to expand...

Good spying DF! My PLS were a bit anaemic, need a transfusion.

This in my view is a wonderful investment and surprised that we have little discussion.
E

explod said:
This in my view is a wonderful investment and surprised that we have little discussion.
Click to expand...

I've bought several lots over the past year and agree with your assessment.

As electrification of transport accelerates then Li demand is assured.
Australia lags a bit in the range and availability of all electric vehicles but the winds of change in Canberra are blowing.

Where I live we notice some new electric buses in service, much quieter and not belching fumes like their diesel predecessors.

Recently, on a stroll, I noticed an old beat up Hyundai: what caught my attention was its black and white two digit number plate from memory "16". An elderly woman came out and saw me staring at what turned out to be her car.
I said I was amazed to see on a cheap car a number plate worth maybe $200K.
She laughed and said the plate had been handed down in the family to her from a grandfather who had bought five vehicles for business circa 1900 and he had the plate numbers like 15, 16, 17, 18 and 19.

And the point of this anecdote?
Two of his five vehicles, around 120 years ago, were electric!

More good news today, Thinking the the $4.0 from previous posts is becoming more likely - just my 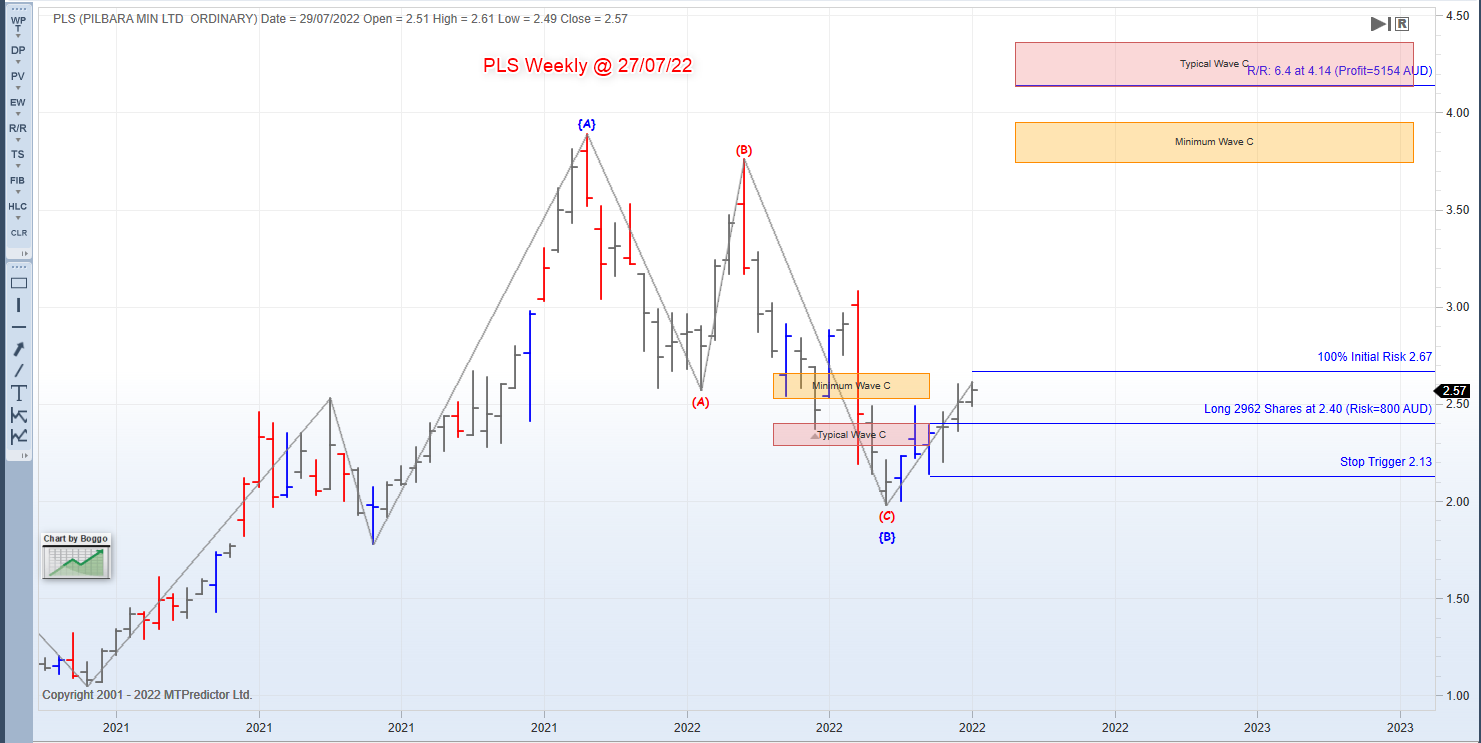 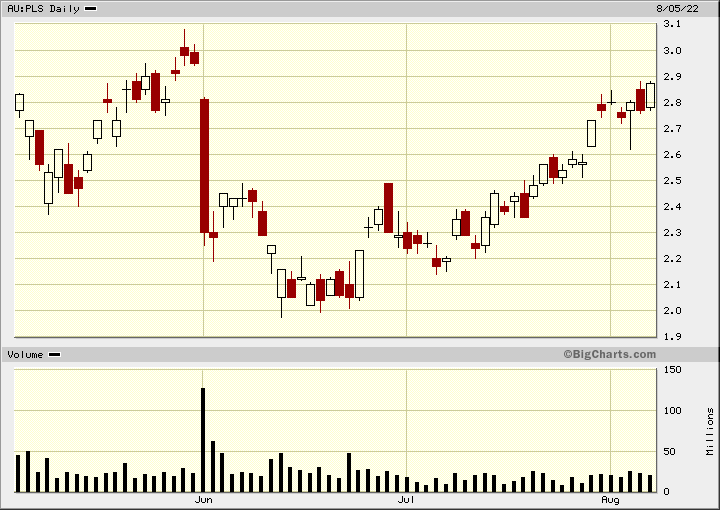 Almost every week now Barry Fitzgerald is all over it.


My favorite, whoops this is no punt IMVeryHV

Pilbara Minerals’ 4th quarter and early 2021-22 figures confirm that lithium is a high-margin business after the company revealed that it held over $A874 million in cash at June 30 thanks to higher tonnages of spodumene sales and higher prices.

The company’s financial year report won’t be issued until late this month but from the preliminary data, there are clear signs that the earnings figure will be huge.

A back-of-the-envelope figuring from data for income and outgoings disclosed in the report suggests EBITDA for the quarter could be as much as $550 million. That’s a gross profit margin of more than 76%.

Pilbara reported that it had produced 127,236 dry metric tonnes (dmt) of lithium spodumene concentrate over the June quarter.

The 2022 production included the first concentrate from the company’s Ngungaju Plant in WA.

Spodumene shipments also rose over the quarter, increasing 127% from the 58,383 tonnes for the March quarter to the 132,424 tonnes recorded for the June quarter.

Pilbara recorded an average sales price of $US4,267 per dry metric tonne over the June quarter, another rise over the previous quarter, in which Pilbara was only able to achieve an average of $US2,650 per tonne. Pilbara received less than $US1,000 a tonne for spodumene in 2020-21.

In terms of outlook, Pilbara had this to say:

But the big story is to be found in the dollars in the report.

Pilbara Minerals closed the June quarter with a cash balance of $A874.2 million, which included $A282.4 million in irrevocable bank letters of credit for shipments completed within the Quarter.

This was an increase of $A589.3 million over the March 31 balance of $A284.9 million “and was achieved on the back of increased production and higher selling prices,” according to Pilbara.

During the Quarter, Pilbara Minerals said it was paid $A561.8 million from customer sales associated with the sale of 98,122 dmt of Pilgan Plant spodumene concentrate (“which included of $8.5 million in receipts following finalisation of final pricing adjustments for March Quarter cargoes that were provisionally priced”). 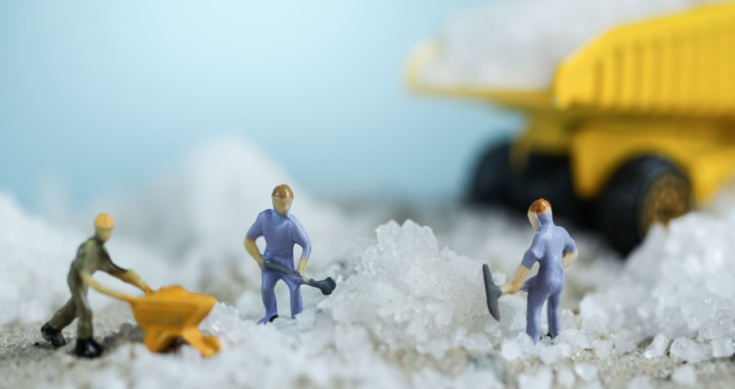 Australia’s still rapidly growing lithium industry is also maturing with equal speed as it becomes a major export success and source of growing revenues and earnings for investors. And then there's Albemarle... 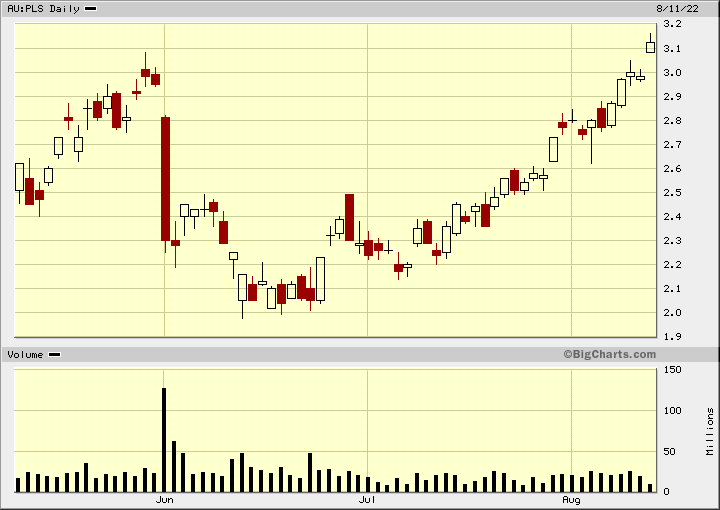 Couldn't be happier. Just putting half my bundle to exit for profit, will see what happen in late arvo.
Wish management will decide to give div, if so, I would be holding more.