Gold Price - Where is it heading?

Well the last few wagons of the Gumnut Goldtrain are at last coming back close to profit.

Trying to second and third guess the POG with the USD and AUD can be quite a pain. I wouldn't want to be depending on it for a short term punt.

Much as I have nothing against Mrs Pelosi I was hoping she would do an Ivana Trump fall on the turps down the stairs at the American Embassy in Taiwan, without her having to end up 6 yards wide of the hole at the first green at Bedminster of course.

moXJO said:
Don't like posting these videos but he seems to have called this crash 5 months ago (was it already crashing?) or possibly longer. Seems convinced this is the big one.
Some of his statements are true. But that doesn't mean a lot. Government will still print and he will be chasing his tail again.
Click to expand...

he is just selling hype.

few months back he saying Bitcoin would go to 500k lol and gold would drop by half.

Once the FED started rolling back the QE measures in November you could already predict there be a taper tantrum/correction(has happened everytime the life support been taken off post GFC, add in rate hikes in march and its a recipe for hard landing/stagflation with FED so far behind inflation.

Yes FED will have to PIVOT and print again at some stage if Biden stays on, its just crazy to hike rates into a technical recession.

I believe POG will follow markets down for the rest of the year and likely very sharp and big rebound next year when the bad stagflation hits and FED is forced to pivot and print again and everyone starts realising cash is trash and runs into gold, as per monetary supply calculations unless FED does 6-7% rate rises, inflation will be above 6% till at least middle/late 2023.

1970s all over again baby!
"Let's dance, let's shout
Shake your body down to the ground"

Well it is all happening tonight.

Percentages all approx. I'm none too good at subtraction nor long division.

Just a warning to those trading Gold that spoofing is becoming a major problem.

For an explanation please google "spoofing gold" or read this article from kitco.com and follow yer nose. 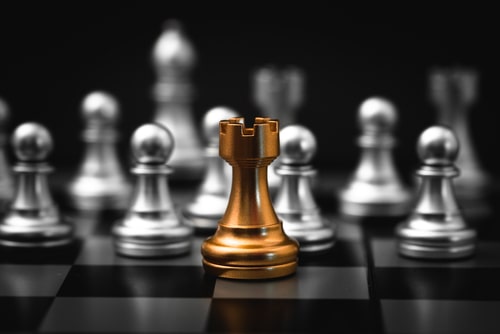 It is another reason why I stick to physical and avoid derivatives or futures in Gold.

Garpal Gumnut said:
Just a warning to those trading Gold that spoofing is becoming a major problem.
Click to expand...


Unless you are making leveraged trades based on the contents of the order book it is not really a problem.

How many times is this?