This is a high risk spec with potential good returns. I am willing to hold for a while. A few buy orders building.
A

Yeah I agree, it got battered today but everything was practically in the red today, like YT said before a high risk however something that can pose huge rewards

LMG was one of the Top Risers last Friday ……

The chart has been in a sustained 12 month downtrend and Friday was the first sign of life for a while.

LMG share price surging today as a result of the global magnesium shortage. 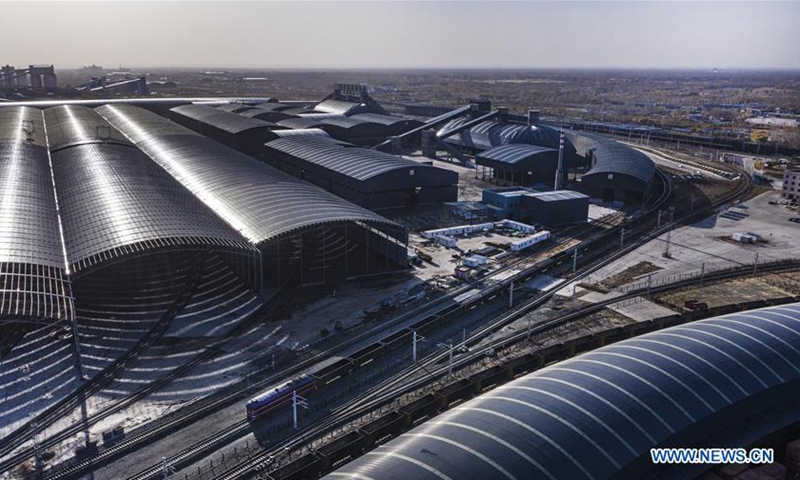 LMG currently up 33.33% to 4.4c. I noticed news about the magnesium shortage yesterday but didn't know which ASX stock would most benefit from it. Apparently it is LMG.
A

From 21/10/21
RTL MINING & EARTHWORKS SUBLEASE AGREEMENT 21 October 2021, Sydney Australia:
Latrobe Magnesium Limited (ASX: LMG)h RTL Mini has entered into an agreement witng and Earthworks Pty Ltd to sublease a portion of their 3,000tpa Demonstration Plant Site at 320 Tramway Road, Hazelwood North, VIC 3840. Latrobe Magnesium finalised a sublease agreement with RTL to utilise 20,000 square meters within Lot 6 of the Hazelwood North Site to establish a new base for RTL’s transport operations after the announcement of Energy Australia Yallourn West Power Plant closure in 2028. Under the subtenant’s agreement, RTL will clear the land of vegetation in accordance with any laws and regulations or as obliged under the current lease agreement, remediate the subleased premises including construction of required hardstands and arrange and install general utilities including potable water, electricity, power & IT communications, and wastewater / sewerage facilities. Latrobe Magnesium welcomes RTL to the Hazelwood North Site. RTL's extensive experience in civil construction and transport of materials to and from the Yallourn Power Plant make them a welcome fit for the Hazelwood Site, and LMG hopes to foster a strong partnership with RTL as the demonstration plant is designed and developed. For more information and any project updates, please visit our website at latrobemagnesium.com. RTL Established in 1992, RTL Mining and Earthworks Pty Ltd is a significant provider of mining, rehabilitation, civil construction, and heavy earthmoving plant hire services as well as general and over dimensional transport services in the Latrobe Valley and surrounding regions. Owned by Thiess (88%) and Linfox (12%), RTL generates annual turnover in excess of AU$100 million and employs up to 500 employees during the earthworks season. RTL are the current contract miner at Energy Australia’s Yallourn West Power Plant consistently providing up to 2500t of coal per hour, totalling up to 17.5 million t per annum maintaining coal reliability. RTL has significant civil, road works and general earthworks capability with the following recent projects completed:
● All earthworks and other civil services on the $1b Victorian Desalination Project.
● Two separate diversions of the Morwell River: Yallourn and Hazelwood.
● Design and construction of the Princes Highway duplication east section between Flynn and Rosedale.
● 8km upgrade of the Strzelecki Highway. David Paterson Chief Executive Officer 21 October 2021 Suite 307, 20 Barrack St, Sydney NSW 2000 | Postal Address: GPO Box 4729, Sydney NSW 2001 | (02) 8097 0250 |
lmg@latrobemagnesium.com | Latrobe Magnesium Limited | ABN 52 009 173 611 | www.latrobemagnesium.com
About Latrobe Magnesium Latrobe Magnesium is developing a magnesium production plant in Victoria's Latrobe Valley using its world-first patented extraction process. LMG intends to extract and sell magnesium metal and cementitious material from Yallourn ash, which is currently a waste stream from brown coal power generation. LMG has completed a feasibility study validating its combined hydromet / thermal reduction process that extracts the metal. Construction is estimated to start on site for its initial 3,000 tonne per annum magnesium plant at the end of June with production commencing 18 months later. The plant will then be expanded up to 40,000 tonne per annum of magnesium 12 months later. The plant will be in the heart of Victoria’s coal power generation precinct, providing immediate access to feedstock, infrastructure and labour. LMG plans to sell the refined magnesium under long-term contracts to USA and Japanese customers. Magnesium has the best strength-to-weight ratio of all common structural metals and is increasingly used in the manufacture of aluminium sheet in cars, laptop computers, mobile phones and power tools. The LMG project is at the forefront of environmental benefit – by recycling power plant waste, avoiding la
S

Latrobe Magnesium, which is building a magnesium production plant in Victoria’s La Trobe Valley, wants to raise up to $10 million.

The offer was priced at 10¢ a share with one-for-four options.

The raise follows La Trobe’s November 3 ASX announcement to expand its demonstration plant’s capacity from 3000 tonnes a year to 10,000. The plant expansion would cost $123 million, of which 75 per cent would come from magnesium offtake agreements, the company said at the time.

It told investors to expect $110 million revenue and $42 million EBITDA, after the increased capacity. The plant aims to extract magesium from Yallourn ash, a waste material out of brown coal power generation.

Getting a bit frisky, without me.