Winsome Resources Limited (WR1) is an Australian company headquartered in Perth that has entered into agreements with MetalsTech Limited (MTC) to acquire all of the shares of three Canadian subsidiaries of MetalsTech which hold three lithium projects in the James Bay region of Quebec Province, Canada.

The three projects are:

Following completion of the agreements, Winsome will be focused on the exploration and development of these projects, with an intention to produce high quality spodumene concentrate primarily for conversion and use in battery applications in the North American market.

The stock looks a little interesting if interested in lithium?

opened yesterday ... at 29c and holding around 27c. Win some 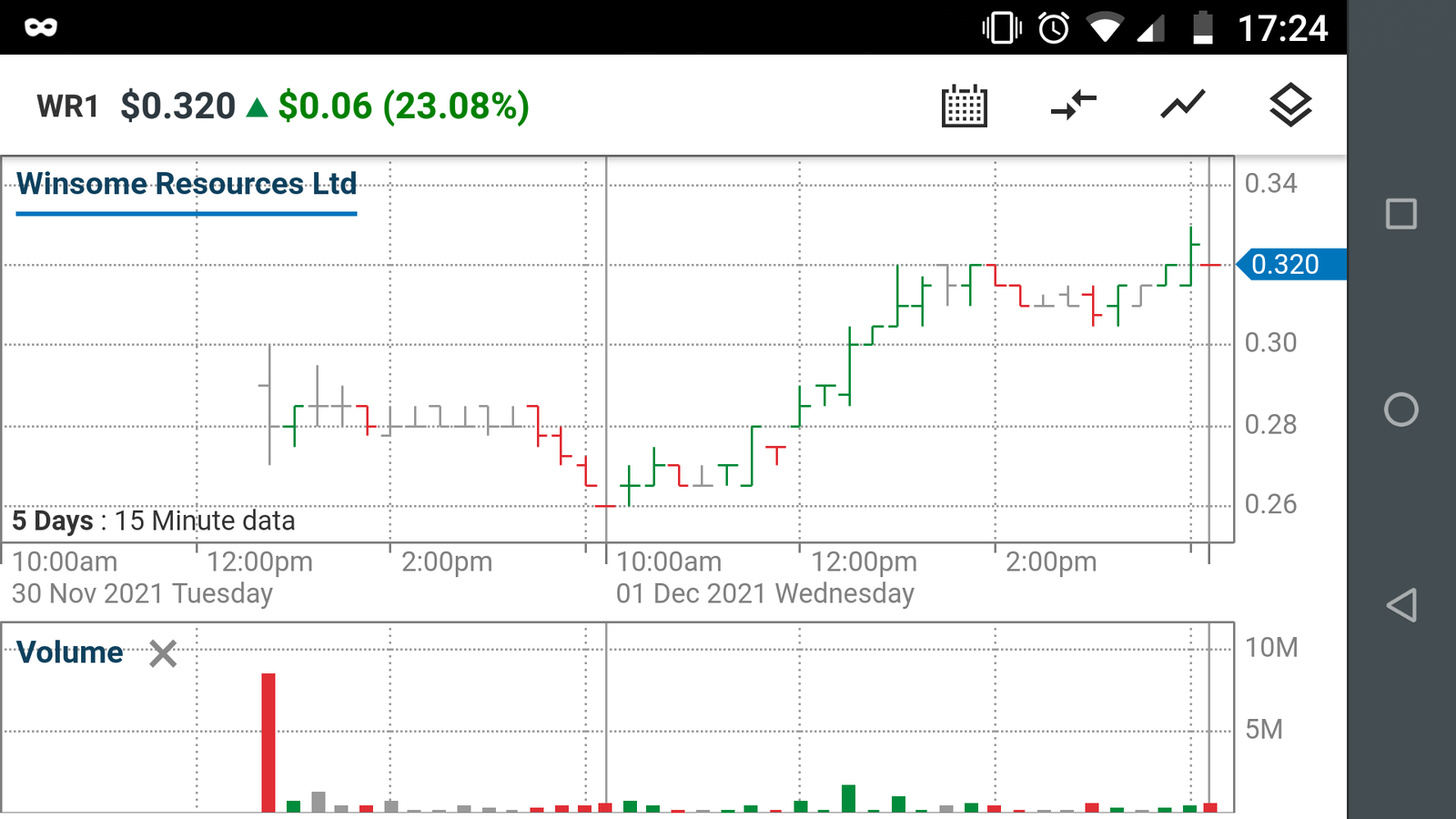 Is this one of those IPO’s that just keeps charging along? 50c next week?

Annoying.
I looked at this yesterday or the day before, after noticing MTC...