The latest Quarterly update shows that Mountainside is close to restarting production of blue gem coal and has applied to extend the present license. Half of WEC's interest in South Africa is about to be sold. News on the award versus Bayan in the Singaporean court will be announced but the process is very slow.

Tranche 3, The Award, is in fact a trial in Singapore and will not take place until September 2020. Markets are disappointed and investors are slowly bailing out.

A long wait to the final Tranche 3 award against Bayan Resources. Cash may well run low unless they sell their Mountainside interest very shortly.

White Energy awaits the decision of the Singapore Arbitration court on the amount of any award, interest, and costs in their dispute with PT Bayan TBK of Indonesia. The final oaths were sworn on 9 January 2021.

noirua said:
White Energy awaits the decision of the Singapore Arbitration court on the amount of any award, interest, and costs in their dispute with PT Bayan TBK of Indonesia. The final oaths were sworn on 9 January 2021.
Click to expand...

Still, the wait goes on that first started in December 2011. A decision, for Tranche 3 part two, should arrive in February though this Arbitration court may be extremely wary after a mistake at Tranche 2 delayed matters for not far short of a year. So maybe March/April is more likely.

noirua said:
Still, the wait goes on that first started in December 2011. A decision, for Tranche 3 part two, should arrive in February though this Arbitration court may be extremely wary after a mistake at Tranche 2 delayed matters for not far short of a year. So maybe March/April is more likely.
Click to expand...

This month should see an announcement on the Tranche 3 award. WEC hopes for well over US$100 million awarded to them and the market cap is around A$100 million at 13c a share. The company is upbeat about its new technology being used in China for pelleting coal and the same technology in South Africa. Their coal business, Mountainside Coal in America, is set to be finally sold. Far North South Australian coal interests are set to be advanced slowly.

The longest International Arbitration case was wrapped up in 2013 after 15 years. http://internationalbusinesslawadvi...nal-arbitration-case-resolved-after-15-years/

Still, the wait goes on for the final award by SICC that was hopefully expected in February. The dispute started in November 2011 and after trailing around Australia's courts for over 4 years ended up in Arbitration in May 2015 in Singapore. Surely April will bring a final decision though even that could be subject to an appeal and so it goes on.
Anyway, those of us who have waited over 9 years so far are used to grinning and bearing it.

So we wait for the Singaporean Arbitration Court to release details of the award to be made in Tranche 3 of the dispute versus a subsidiary of PT Bayan TBK. It is now 9 years and 4 months since the dispute started. 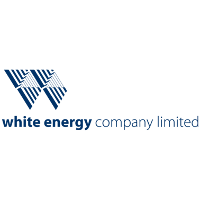 SYDNEY: White Energy Company Limited has sold their 51% equity in Mountainside Coal Company, based in Kentucky, USA. The sale to Kentucky based miner, Clay Laurel Mining Inc. is for a total… 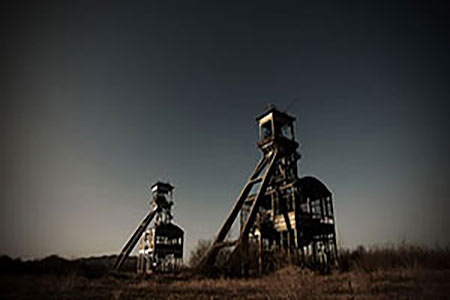 WEC has announced the successful purchase of Mountainside Coal Company for US$ 20 million.

www.worldcoal.com
The above shows a loss of over US$15 million in nearly seven years. WEC had also spent a great deal of money over the years on the US Mountainside project in question. The venture was brought to a halt when they struck rock. Why WEC was not able to know this information before the purchase has not been revealed.
Last edited: Apr 29, 2021

The White Energy Group had invested over US$110 million in the Tabang project in Indonesia up until 2012 when BR repudiated the joint venture. Substantial legal costs have also been incurred in relation to the proceedings to recover damages from Bayan.
***** White Energy is waiting for a decision on the award at Tranche 3 by Singapore: International Arbitration Commission. Oral and written responses have now been made on 9 January 2021. A decision regarding an award is awaited.
-----
The delay in deciding the SICC Tranche 3 award is likely to be due to differences in opinion of the three SICC Arbitration panel IMHO.

The differences may be mainly over the award concerning the value of Tabang as of May 2015 when the Arbitration reached Singapore SICC and the value at November/ December 2011 when the dispute started.
How much WEC spent may be considered mainly irrelevant and it will be 51% of either valuation - WEC had a 51% interest in the Tabang project. The award could be US$45 million about the offer price Bayan made to WEC to buy their interest in 2011/ 2012.
Any interest might be about 3.5% compound from either December 2011 or May 2015. The total could be about US$55 million on a 2015 basis or US$63 million on a 2011 basis.

Costs of WEC are likely to be paid by Bayan as these are directed by the court and must be paid before Bayan could lodge any further appeals. Likely to be in the order of US$1.5 million. Other legal costs are likely to be around US$5 million and would be awarded but separate.

Compensation is likely to be fairly minimal as far as the, estimated/ guessed at, ramp-up in production is concerned and maybe as low as US$10 million including interest. WEC estimated production would be doubled in the two years following December 2011.

Bayan appear to be in a good position to pay any award by SICC:

R
The 7 Moats of Quality Companies