Previous discussion of this company can be found in the GDN thread: https://www.aussiestockforums.com/forums/showthread.php?t=4881


datz. you had a lousy run with gdn. but i think with john armstrong on board and wal, you may see genuine growth with genuine gas (@ $13 in that region) and oil targets.. with much more to come later..

if you forgive my absolute digust for the gdn management, and the critique of them, then you may have a friendly supporter on board of the share (as yet not willing to buy for a few months) ... there is no gdn left in the new AWD

you wont need to ramp this one up at all. it will imho deliver some results and let them speak for themselves..

just allow patience for the very difficult region, but in a short while things will happen..

agent,
Good to have you on board lol
I dont check Ozstockforums very often, very quiet over here.
GDN...AWD " a rose would smell as sweet"
daz

"Since the date of dispatch of the Notice of Meeting, the Company has received a mandate from CPS Securities to raise $8.05 million through the issue of shares at an issue price of $0.007 (together with a one for four free attaching exercisable at $0.01 each with an expiry date of 31 December 2015)."
Anybody like to translate that?
K

Anyone have any thoughts/interest on this one? I was left holding GDN shares then forgot (purposely) about them going under. Any ideas on what's caused this spike over the past week or so?

kelvin,
First of all, check how many shares you have. They did a 15:1 consolidation and wiped me out.
Current surge is because they have gone down the IT line with an communication app.
Its going ballistic, some people have made BIG mony i the last few weeks (not me)
They had a Share offering a month ago with packages of $2000 max $15000 at .005c
Its a 10 bagger in that time .
I missed out on the offer but got a few at 2c
Hope you have a mountain of them.
They are selling off Para and Povot.
cheers
daz
K

I also missed out on the offer as my paperwork was being sent to an old address, Doh!


So, does that mean good news or not? Will they still be keeping the gas exploration activities or completely focus on IT?

On April 12th, 2016, Vonex Limited (VNX) was removed from the ASX's official list in accordance with Listing Rule 17.12.

Is this the same company?

This VN8 incarnation seems to have listed early 2018 at 20c and has been underwater ever since. Market cap $16mill

Looks like it is. Maybe Joe could change the thread title?

from the AFR today:

Voice-as-a-service: it's a thing according to ASX-listed microcap Vonex Ltd.

Vonex had fund managers studying up on voice-as-a-service on Tuesday morning, as they weighed whether to buy shares in the company's equity raising.

Its main product is Ondesk, which funds were told was a cloud-based private branch exchange for voice calls used by small to medium businesses, or voice-as-a-service provider.

Its flagship client is Qantas Business Rewards, according to a termsheet in front of fund managers, and it offers its voice services to the rewards program's 250,000 business customers.

Vonex is based in Brisbane, has 55 employees, listed on the ASX in June 2018 and had an $18.8 million market capitalisation prior to the offer.

Stockbroker PAC Partners was helping with Tuesday's raising, seeking buyers for up to 14.74 million shares to raise up to $1.4 million. The deal was at 9.5¢ a share which was a 13.6 per cent discount to the last close.

Funds raised were for working capital. PAC Partners was calling for bids by 9am Wednesday.

Interestingly, the raising comes only six weeks after Vonex sold a mining royalty that it owned as part of its reverse takeover of Aleator Resources in 2017. The royalty was over the Koolynabbing Iron Ore Project, which is owned by Mineral Resources. The royalty was worth $1.75

So, yes, Vonex Ltd is the same company, VNL and now VN8. Looks like they were in the naughty corner, soon after the 2017 reverse T/O of Aleator Resources. On their "L" plates, perhaps?

As a provider of retail and wholesale services across voice, data and wireless communications, the Covid lockdown may well have seen an upswing in business. Hence going to the market, and cashing out the royalty ($1.75 MILLION, btw).


Market likes the September quarterly figures, currently up 15% but off its high of up 28%.

Vonex share price has doubled, returning 104% for its shareholders in the past year.

Last week, the company announced its intention to acquire Nextel, which it said would add $1 million to its recurring revenue stream. 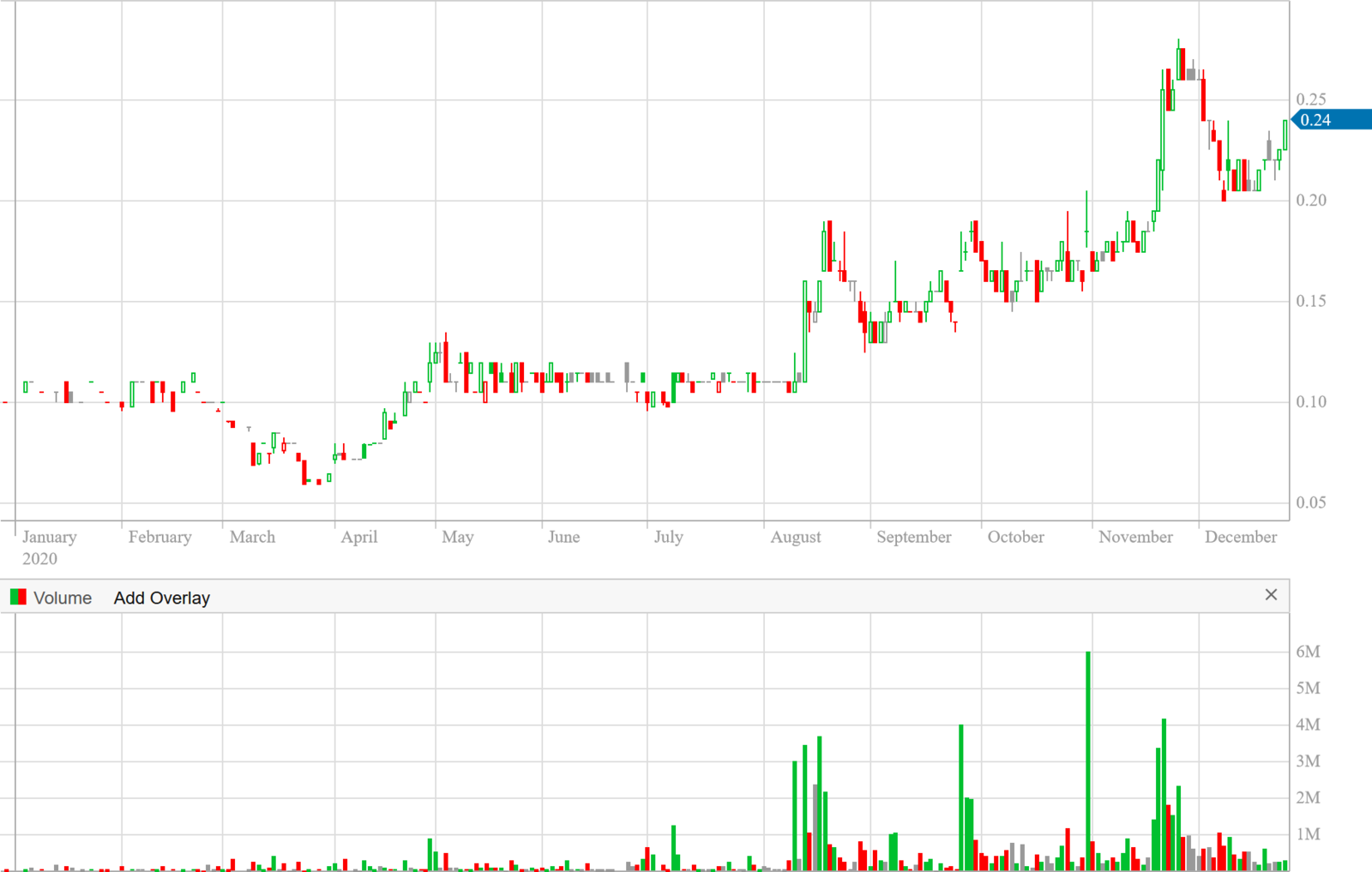 "There is a clearly unmet need among Australian SMEs for telco services that are reliable, affordable, flexible, scalable and friendly to the new 'work from home' paradigm. Vonex's strong focus on product-market fit, efficiency and customer satisfaction strongly resonates with SME customers. "
Click to expand...

"Vonex is actively pursuing an acquisition-led growth strategy to complement the Company's organic growth drivers. Vonex sees particularly attractive opportunities among sub-$10 million revenue targets, and through 2SG Wholesale, the Company has successfully demonstrated its ability to integrate targets of this type in a way that adds value to vendors, shareholders and customers. "
Click to expand...

imagine the argy bargy that led to this?

... the Company has resolved to now transition Oper8tor from one of active research and development, to one which focuses on identifying and engaging the right technical and financial partners to guide Oper8tor's further development and commercialisation. Vonex will maintain in good standing all intellectual property, websites and internationally granted patents relating to Oper8tor, however it does not anticipate committing further development capital to the project at this time.

The Company advises that Oper8tor's entry into this new phase has prompted Vonex and Oper8tor CEO, Angus Parker, to mutually agree that Mr Parker will step down from this role and cease employment with Vonex on 30 December 2020. From 31 December 2020, the Oper8tor project will be overseen by Vonex Chief Technology Officer Christo Da Silva.
Click to expand...

will the product see the light of day? Is there a category it will slay?

Seamless Integration of Nextel and Business Update
Highlights:
• Integration of Nextel into Vonex’s existing business operations is complete and yielding contract wins
• Vonex achieved 45,000 active PBX users and grew number of SME customers by 27% YoY as at 31 May 2021
• 2SG Wholesale continues to deliver strong growth across key sales metrics, highlighted by 61% growth in orders of mobile broadband, 95% growth in orders of NBN with 4G backup and 217% growth in orders of mobile voice services year-on-year in FY21 to date
• Vonex has rolled out the NBN Assure service to partners and successfully deployed new billing and provisioning platforms, reducing costs for the Company and its wholesale customers
• 2SG Wholesale 5G services launch is now imminent, having been selected by Optus as a key 5G partner
• Acquisition strategy remains a key focus and several late-stage opportunities are currently in progress

* several late-stage opportunities are currently in progress
.... show me a mid tier telco that doesn't have an Acquisition Strategy, and you'll probably find a team in the lobby, asking to look at the books