In 2010, TMZ signed joint venture agreements with Compass Resources over a further 15 tenements in the Thomson Fold Belt and adjacent Lachlan Fold Belt. This gives TMZ a dominant position in a new mineral belt which has had minimal, but very encouraging, exploration so far.

Achilles Project
Thomson Resources has moved quickly to commence exploration within the new Achilles joint venture (Figure 1) where TMZ may earn up to an 80% interest from PlatSearch NL. Aircore drilling took place at the Mt Boorithumble and Achilles 3 prospects, continuing into July. Both prospects feature gossanous surface outcrop with base metal anomalism from previous soil surveys.
22 aircore holes have been drilled at Mt Boorithumble for 674m. The drilling was designed to test the shallow sections of the prospect where a single previous diamond drill hole in 1981 had intersected 3 metres at 2% lead, 2% zinc, 1.2% copper, 0.5 g/t gold and 150 g/t silver from 117 metres.

Warraweena Project
Thomson commenced its aircore program at the Warraweena Project near Bourke. No previous exploration drilling had taken place on this porphyry type target and cover was deeper than the 20m expected. All four holes drilled failed to penetrate the loose gravels, sands and muds of the Eromanga Basin, drilling to depths of between 60 and 102m in holes at 1km spacing (total drilled 327m). Assay results have been received from pyritic arenites encountered in the cover sequence; no significant anomalism was detected, as was to be expected.
RC drilling is required to recover better samples and get through to the magnetic target – this will be included in the RC program planned for later this year.

Cuttaburra Project
Major flooding on the Darling and Paroo Rivers abated during the quarter, but still restricted access to the company’s priority Cuttaburra and Falcon projects.

TENEMENTS
During the quarter, the NSW State Government announced new fees in the form of an annual rental, an administrative levy and increased security deposits. These new fees will greatly increase the cost of operations in the unexplored areas where Thomson is working. Accordingly, Thomson has reviewed its land holding, relinquished several tenements and will reduce others on renewal over the next 12 months. 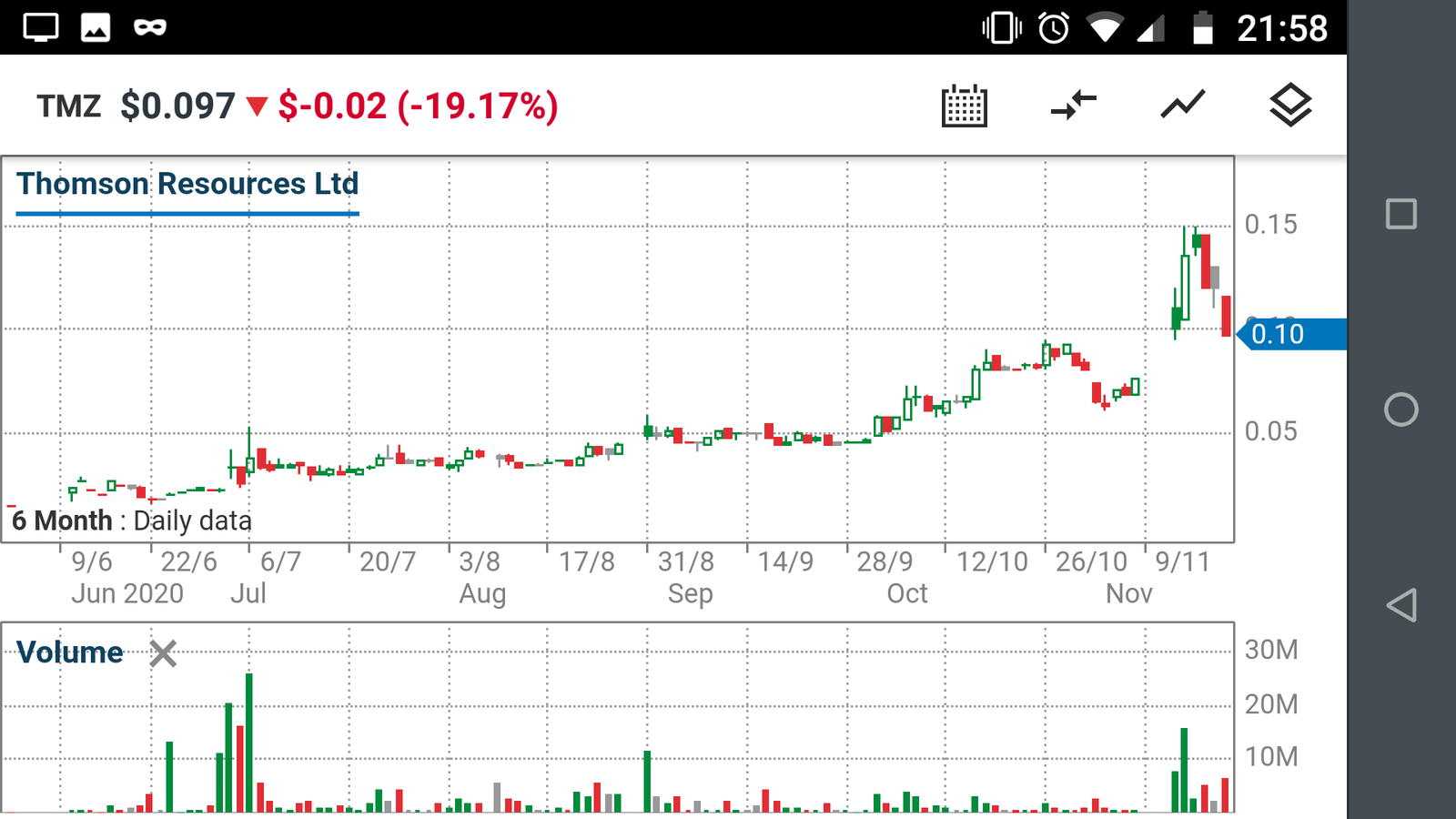