Trying to do smart contracts on ETH and you get stung by huge gas fees. This could be game changing for XLM (should be)​
​

​
SDF’s strategy for 2022 is set and available for all to see on our roadmap. It’s ambitious, but so is our mission of creating equitable access to the global financial system. We need to think big to deliver.​
​
On our path forward, we’re looking at what we can do this year to further trust-minimized innovation, expand a growing anchor network, and arguably most importantly, maintain an unrelenting focus on increasing the scale of interoperability and inclusion.​
​
We’ve asked where we can challenge ourselves to adapt to new possibilities and see the opportunity they bring to extend Stellar.​
​
And most immediately for 2022, we’ve answered that question with smart contracts. Listen to VP of Ecosystem, Justin Rice, share more about the plan to bring smart contracts to Stellar:​ 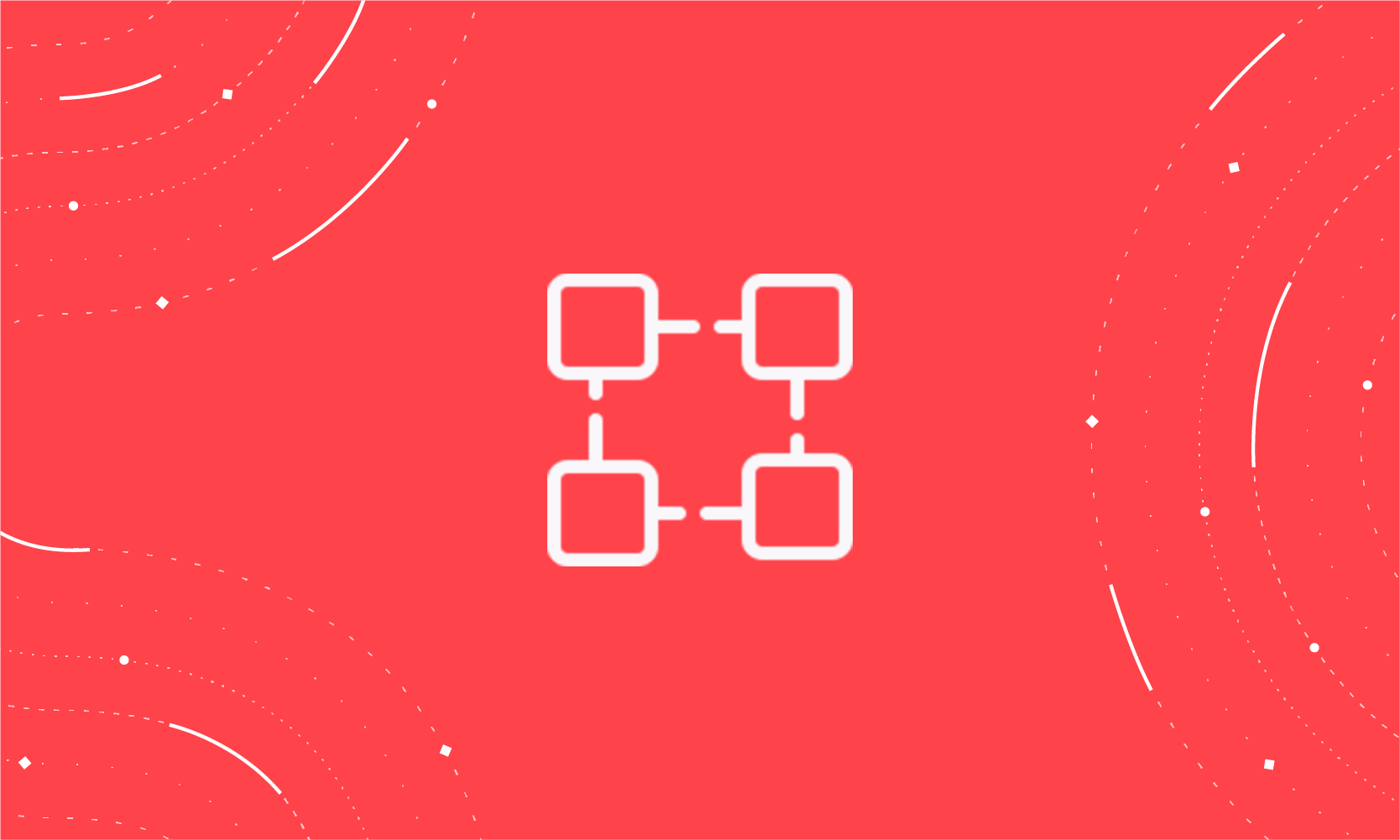 If you looking to swap ETH Stablecoin to XLM Stablecoin, use Ultra Stellar. 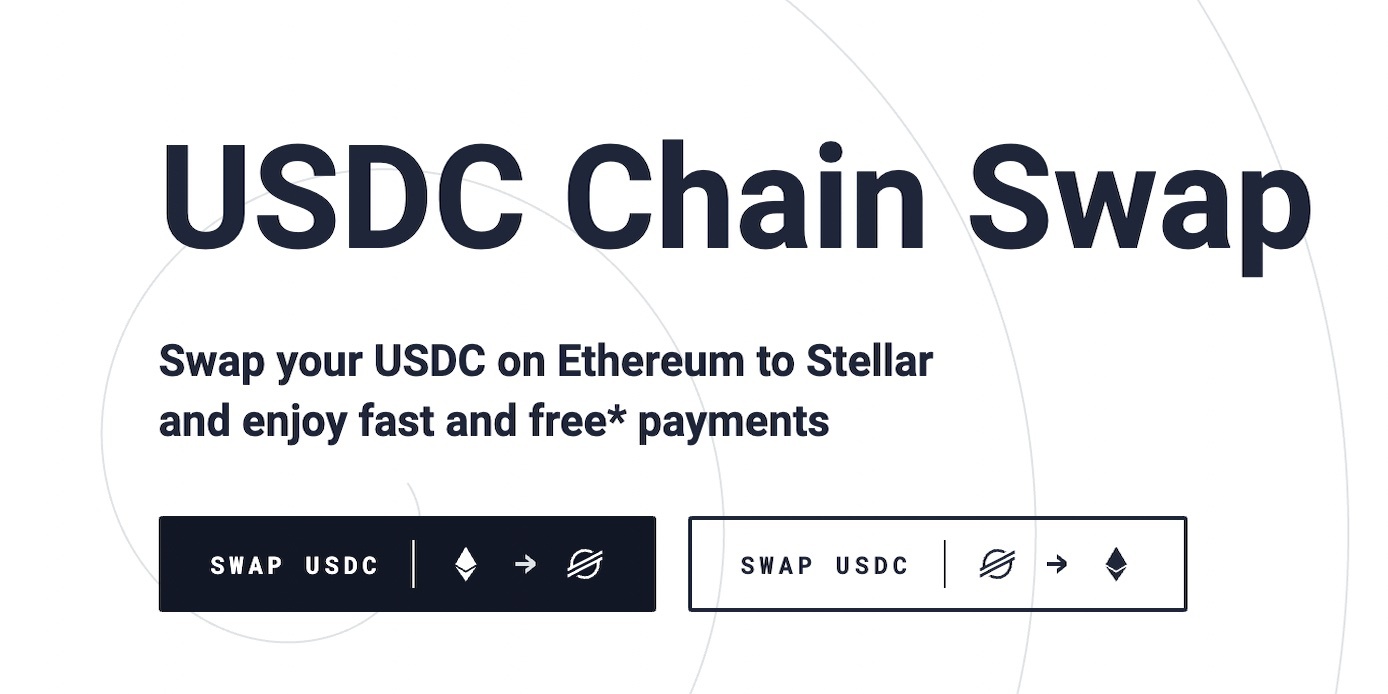 Swap your USDC on Ethereum to Stellar and enjoy fast and free payments on the Stellar network.

In comes the Stellar network, built to be a blockchain for equitable access that solves these issues. Stellar was cheaper, faster, and had batteries included. By that, I mean anything that required some degree of complex scripting on Bitcoin (and later, Ethereum) was part of the core protocol: asset issuance, a decentralized exchange, multisig, and much more. This way, Stellar avoided the complexity, security implications, and slowness that on-chain scripting, a.k.a, smart contracts, entailed.​
Let’s crystallize this with an analogy.​
​
Imagine it’s the ‘80s (am I dating myself?) and you need to do scientific calculations. Option one is you could buy an expensive, slow, buggy PC. Or option two, you could buy a fancy TI calculator that is purposefully built, simpler, faster, and cheaper. In other words, early on in our industry, Bitcoin and Ethereum were more like PCs and Stellar the calculator.​
​
At that time, and for a while afterward, it seemed like we made the right choice to build a lean, efficient calculator. I’ll turn your attention to ICO scams, the DAO, crypto kitties, and other craziness that went down in smart contracts, making Stellar a sensible design choice in contrast.​
​
In the meantime, more and more people came to recognize the value of Stellar and leverage it to do what it does best. The anchor network of interoperable on/off ramps flourished, and it now serves more than 16 countries (and, through MoneyGram, it will soon reach pretty much everywhere), and drives hundreds of millions of dollars worth of transactions each year. In 2021 alone, the Stellar network processed over 2 billion operations, 155 million of which were payments, and as of this writing, there are more than 6.6 million individual Stellar accounts.​
​
Just like PCs had the time to work the kinks out, so has the world of smart contracts. We’re seeing real innovation happening that levels the playing field and aligns well with our mission of creating financial equitable access.​
​
And even though Stellar’s design choice to this point has been very reliable, it’s time to upgrade the calculator.​
​
Why now?​
​
Last year presented a tipping point for the network — the introduction of automated market maker (AMM) functionality to the Stellar protocol. These were, obviously, inspired by other liquidity pool contracts in the DeFi world. And they’ve been a huge success.​
​
That said, what SDF realized during the AMM rollout is that it’s not sustainable to continue to limit key network innovation to protocol-level changes. Changes to the protocol have far-reaching consequences, so you have to be really careful with them. They involve a lot of tinkering to retrofit existing designs, and narrow key development to individuals intimately familiar with the Stellar Core codebase. They’re slow, they’re deliberate, and they require a ton of coordination across the ecosystem, so they don’t allow for easy iteration, and they're not great for ideation and experimentation. If the Stellar ecosystem is to keep growing and adding new functionality, there needs to be a new model for decentralized innovation in Stellar.​
​
So here we are, kicking off the research and development for Project Jump Cannon: native on-chain smart contracts for Stellar! (Like the name? Keep reading until the end to get the explanation.)​
​
I know earlier I said SDF was wrong… but that’s not actually how I think about it, I just wanted to get you to read this blog. Rather, I think the decision SDF made at the start of the network, and since, was right for Stellar and the direction the ecosystem was taking. It now puts the ecosystem in an exciting position to collaborate and build with so much knowledge about smart contracts today, and do it in a way that stays true to the initial vision – a lean, mean, efficient (and affordable!) machine.​
​
All that to say, this is not a pivot for the network. The work SDF is supporting on asset issuance, payments, and the anchor network is going full steam ahead. And it’s been going well! (Have you heard of the MoneyGram integration yet?)​
​
But what it does mean is that the Stellar ecosystem can implement smart contracts in a way that no one else in the market has done yet. I’m not saying that the issues with smart contracts have disappeared. Rather, I’m saying our understanding of their value, various risks, and best practices has evolved.​
​
Together, we can build smart contracts that will allow developers to grow the Stellar ecosystem and build new financial instruments to promote inclusion. With so much knowledge and experience out there now, there has never been a better time in history to build a new smart contract platform. The corpus of research and prior art in the field provides us with a great toolbox.​
​
And it’s still going to be Stellar. We’re going to work with the ecosystem to double down on the things that make Stellar what it is: safety, scalability and, above all, equitable access.​
​
Safety? We want to provide a robust toolset for developers to ensure that their contracts work as intended and minimize the number of footguns. We’ll also start a grant program dedicated to auditing smart contracts.​
​
Scalability? We want to foster smart contracts that are built from the ground up for parallelism. There is only so much performance you can squeeze from smart contracts that are designed to process one transaction at a time.​
​
Equitable access? With smart contracts, we’ll see more use cases on Stellar that give more access to the digital economy. It’s important to keep our eyes on the ball and find the right governance structure to prioritize transactions that are close to the network’s mission.​

‍DALLAS and SAN FRANCISCO – June 10, 2022 — MoneyGram, a global leader in the evolution of digital P2P payments, and the Stellar Development Foundation (SDF), a non-profit organization that supports the development and growth of Stellar, an open-source public blockchain that allows money to be tokenized and transferred globally, today announced the initial roll-out of a first-of-its-kind global on/off-ramp service for digital wallets to increase the utility of digital assets by creating a bridge between cash and cryptocurrencies. The service, a result of the partnership between MoneyGram and SDF announced in October 2021, is now available in a number of key remittance markets, including Canada, Kenya, Philippines and the U.S. for the first wave of users, with global cash-out functionality expected to be available by the end of June 2022.​
​
Powered by the Stellar blockchain and Stellar-enabled digital wallets, MoneyGram’s retail agent network, and Circle’s USD Coin (USDC), a fully-reserved dollar digital currency, the service provides cash users access to the world of cryptocurrency via any participating MoneyGram location. This service is a monumental step towards bridging the gap between physical and digital currencies in a way that has not been done before at scale. As it develops, this solution will pave the way for blockchain technology to further financial inclusion, creating fluidity between cash and crypto so more people can benefit from the digital economy.​
To support adoption, MoneyGram will offer this as a zero-fee service for the first 12 months.​

Also on the Stellar network

AUSTIN, Texas - June 9, 2022 - Coinme, a leading cryptocurrency cash exchange in the U.S., and Circle, a global internet finance firm and the issuer of USD Coin (USDC), today announced at Consensus 2022 a strategic collaboration to integrate USDC into Coinme’s global cash onramp and offramp ecosystem. The integration promotes financial inclusion by enabling borderless digital cash to be accessible across thousands of locations worldwide, making it simple and affordable to cash in, cash out, and send USDC.​
​
“The crypto industry is leading the charge to make a better, more equitable financial system. We are working with Circle to integrate USDC into our network, allowing anyone with cash to access it at convenient locations in their neighborhood,” said Neil Bergquist, CEO and co-founder of Coinme. “We aim to make money better for the unbanked and banked by enabling people to utilize the power of blockchain technologies. In collaboration with Circle, the Stellar Development Foundation, and our cash and retail partners, we will enable people to upload their dollars and send them like a text message to nearly any phone in the world.”​
​
​
Integrates USDC on Stellar for Fast and Affordable Transactions​
​
To enable low-cost and fast USDC transactions, Coinme will offer USDC on the Stellar network. USDC on Stellar provides near-zero transaction fees and settlement of transactions in seconds. The Stellar network is powered by the Stellar Consensus Protocol, ensuring USDC sent via Coinme is secure via a decentralized network.​
​
“With Stellar’s growing ecosystem of wallets and exchanges supporting USDC on Stellar, Coinme will power another critical access point for consumers to easily and affordably participate in the digital economy by offering global cash on/off ramps,” said Denelle Dixon, CEO of Stellar Development Foundation.​
​
The service will begin rolling out in June 2022. For more information and to receive updates on the availability of the service and locations launching, please visit here.​
​

More on link below...