Hi All,
this is a stock that I have enjoyed the last few weeks. They have had some very positive results come out at their Unaly Hill Project. With some scoping study underway to further identify their find, hopefully we'll see some more kicks in the share price.

Posted on this stock before - currently drilling with some results due out in about 3 weeks time. Keep it on your watch list


sambek said:
Posted on this stock before - currently drilling with some results due out in about 3 weeks time. Keep it on your watch list
Click to expand...


Lots of stocks in a similar position.

What are they drilling for? What makes them any different to all the other explorers?
S

This article may help explain.. was released in April... the areal surveys have now been completed and the RC Drilling is commencing... also the Windimarra facility is only 30km away and with the possibility of it being bought back into operation could certainly have an effect...

Test work was completed under the supervision of independent consultants ProMet Engineers (ProMet), and involved the crushing and grinding of core samples to a variety of sizes to givedifferent concentrate grades.

The vanadium grades in concentrate are considered to be particularly encouraging. The criteria for magnetite for a feedstock to a vanadium processing plant – similar to that at Windimurra - is that silica be less than 2% and that the vanadium pentoxide (V2O5) grade be as high as possible.

This indicates that a grind of 80% passing 150micron would be suitable when compared with publically available data on the Windimurra plant.

These initial results indicate that the orebody has the potential to produce a vanadium concentrate by standard metallurgical processes which is suitable as feedstock for a conventional vanadium processing facility, and compares very favorably with the Windimurra operation located 30km to the west.
S

Well just an update - announcement re drill results will be out this week - I am expecting it to be very positive.

The increase in the share price over the last week or two, and increase in volume is certianly signs something/someone is in the know....

Sky is the limit on this stock... lets see if I'm right

(Disclosure - I hold heaps of this stock)

Keep an eye on Surefire Resources folks. Significant increase in volume over the last couple of days and a nice move up. Please note the large volume day back in early June.

They recently raised $3,603,031 via a 2.5 for 1 renounceable rights issue and are currently drilling at the Unaly Hill Vanadium Project south of Sandstone in the East Murchison Mineral field of Western Australia.

Looks like this old flea bitten hound is in for a nice rise leading up to Christmas. Just raised $1.2m @ 1.6c, currently trading at 1.7c, with an aggressive drilling campaign for gold due to start in the next month or so.

Is anyone else watching this hound rise and rise? 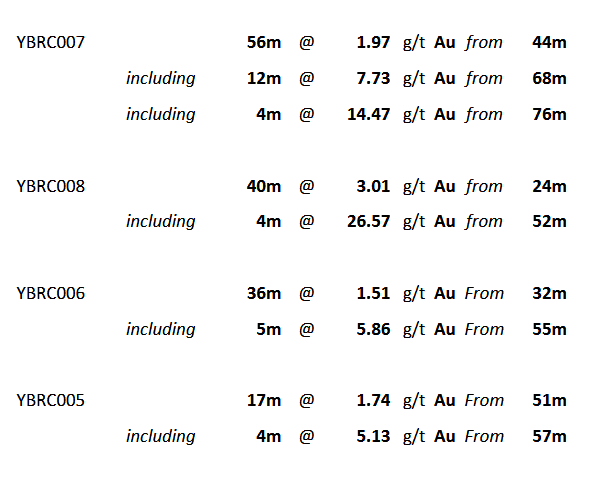 The assays for a further four RC drill holes at Yidby Road Prospect, as well as assays from three drill holes at Cashen's Find, and five drill holes at Delaney Well are expected in the coming weeks. So more news flow to come between now and the end of 2020.

SRN is up from 0.3c in July to a high of 5c today (currently trading at 4.2c). Market cap still only around $20 million so plenty of room to move.

Interest still very high in Surefire Resources with buyers piling in and pushing SRN to new highs today. Uptrend forming and starting to look very bullish. I think this has further to go in the short term.

Results for the next round of assays must be due this month.
The first round of excellent results de-risked the project enough to wait for round two - perhaps give some better estimation on size of the hit.

I meant to push my Jan prediction over to Feb, but missed the boat.

Good selection, sad you didn't follow up for Feb as price has started to move with the improving sentiment for gold.

2nd round Yidby assays due any week now, and not only do they have their gold/iron ore resources, but an obscene amount of vanadium to be realised. This sits close to rail in WA. The re-rate is coming.

Come now, Vlad. These assay results must be at that 4-6 week mark. Early may for wonderful news?
Sounds like vanadium could be a good resource for local power in future, too - not just for exports.