Koba Resources was incorporated by ASX-listed New World Resources Limited in May 2021 for the purpose of demerging New World’s portfolio of cobalt assets into a new standalone ASX-listed entity.

On the successful completion of its IPO, the Company will have an interest in the following projects:

The Blackpine Project is located approximately 25km west of the town of Salmon in Idaho, USA and covers an area of 517 hectares.

The historical Blackpine Mine produced approximately 6,000 tons of ore grading 2% Cu prior to 1965.

Between 1992 and 1996 several exploration programs were undertaken, including drilling, 196 drill holes were completed for 17,935m. Little, if any, work has been completed at the Project since 1996.

Shallow high-grade copper, cobalt and/or gold mineralisation has been intersected over the entire 4.4km of strike that has been drilltested to date. Some of the more significant results include:
The Company is acquiring the Blackpine Project from ASX listed company Jervois Global Limited (JRV).

The 1,550-hectare Colson Cobalt-Copper Project is located at the northwestern end of the Idaho Cobalt Belt, approximately 50km westnorthwest of the town of Salmon in Idaho, USA.

Several hundred tonnes of ore were mined from the historical Salmon Canyon Mine between 1964 and 1979.

During 2018 NWC drilled 12 holes from surface for 4,950m, targeting Co-Cu soil anomalism along strike from the old workings. The drilling confirmed the presence of high-grade cobalt mineralisation, with results including:
NWC subsequently extended its soil sampling coverage, at which time it delineated a much larger and higher-tenor anomaly, the Long Tom Soil Anomaly, located approximately 2km along strike from the Salmon Canyon underground workings. Here soil samples returned high assays up to 0.11% cobalt and 0.39% copper.

Subsequent IP surveying delineated several strong, coincident IP and soil anomalies along this corridor. These are high-priority targets, for exploration as they may arise from thicker and/or higher-grade zones of sulphide-rich cobalt-copper-gold mineralisation.

All permits are in place to undertake a drilling program that will facilitate the initial testing of these, yet-to-be-drilled, targets.

The Company acquired the Colson Cobalt-Copper Project as part of its acquisition of NWC’s wholly owned subsidiary, Codaho LLC.

The Panther Cobalt-Copper Project is located approximately 30km west of the town of Salmon in Idaho, USA. The Project comprises 107 Federal unpatented mining claims covering approximately 870 hectares. The Panther Project is within 3km of both Jervois’ Idaho Cobalt Operation targeting first production in 2022 and Glencore’s Blackbird Deposit, where approximately 5Mt of ore was mined intermittently between 1938 and 1969 at average grades of 0.6% Co and 1.5% copper.

The Panther Project area was actively explored between 2017 and 2018 where three Prospects were explored in the central portion of the Project. All three Projects returned high-grade assays from rock chip sampling, including a sample that assayed 2.4% Cu, 0.27% Co and 19.3 g/t Au at the Little Bear Prospect.

The Company plans to undertake additional sampling and mapping to further define targets for geophysics and drilling if warranted.

The Company acquired the Panther Cobalt-Copper Project as part of its acquisition of NWC’s wholly owned subsidiary, Codaho LLC.

NWC completed initial reconnaissance field work during 2018, including the collection of 52 soil samples on two traverses. Significant Co-Cu-As-Ag anomalism was evident. Follow-up work was not undertaken.

The Company has acquired the Elkhorn Cobalt Project as part of its acquisition of NWC’s wholly owned subsidiary, Codaho LLC.

The Goodsprings Project is located approximately 50km southwest of Las Vegas in Nevada, USA. It comprises 118 Federal unpatented mining claims, covering approximately 930 hectares. The Project encompasses several historical copper-cobalt showings including the historical Blue Jay Mine where, in 1922, more than 0.5 tonnes of ore that contained 6.37% cobalt were recovered from a waste dump. The amount of prior production is unknown.

During 2017 and 2018 NWC completed systematic soil sampling over most of the Project. Extensive cobalt and copper anomalism is evident across the Project. Sixteen coincident cobalt-copper anomalies were ranked “high-priority” targets for further work.

An IP survey was completed over a 7.2km2 area in 2018. Multiple moderate priority targets were delineated, many of which coincide with, or are adjacent to, anomalous zones of cobalt and copper in soil geochemistry. But no subsequent work was undertaken.

The Company has acquired the Goodsprings Copper-Cobalt Project as part of its acquisition of NWC’s wholly owned subsidiary, Covada LLC.


It is anticipated that KOB will list on the ASX during April 2022.

IP Geo survey results expected any time now... to be used in planning drilling which is expected to start August, for copper/cobalt Black pine project in Idaho.
Idaho is famous for gems, potatoes and Huckleberries 😹🤪

Must have missed that one!! 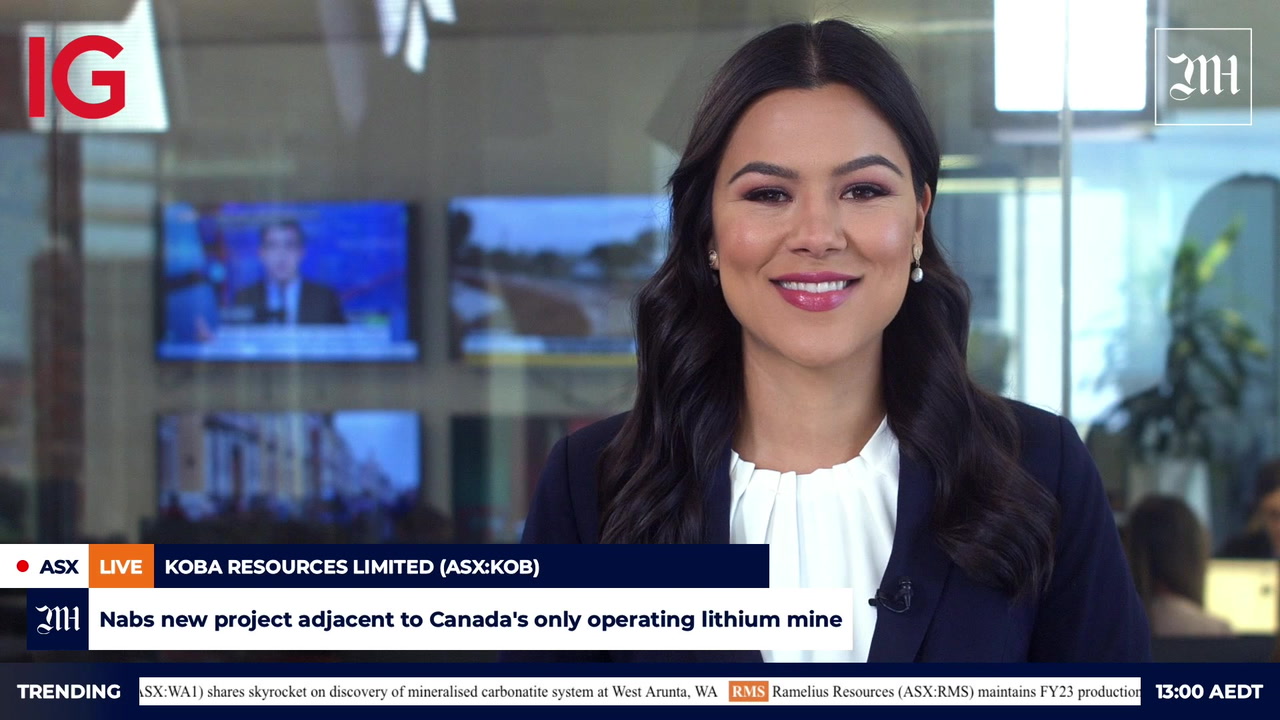 Koba Resources' (ASX:KOB) shares have skyrocketed more than 130 per cent this morning after the company nabbed a new lithium-pegmatite project in Canada.