Here is the link for the website. Might be the massive amount of stimulis money flowing into education via the $900 and $950 cash bonus that is having a major effect on its share price. Payments to students started today.

Can you please expand on how the $900 will benefit this company?

Recessions tend to have a major effect on people and many go back to study to up-skill etc.
P

Who is taking a large holding in ESN?

Look at the last 3 trading days, and there is no sell-off so somebody is holding

Is this co. still trading? I have a small parcel in it, hoping it's not dived into an empty abyss.

Could be one of Tech/a's "charts of interest"
I bought from 3.2. targets as shown. 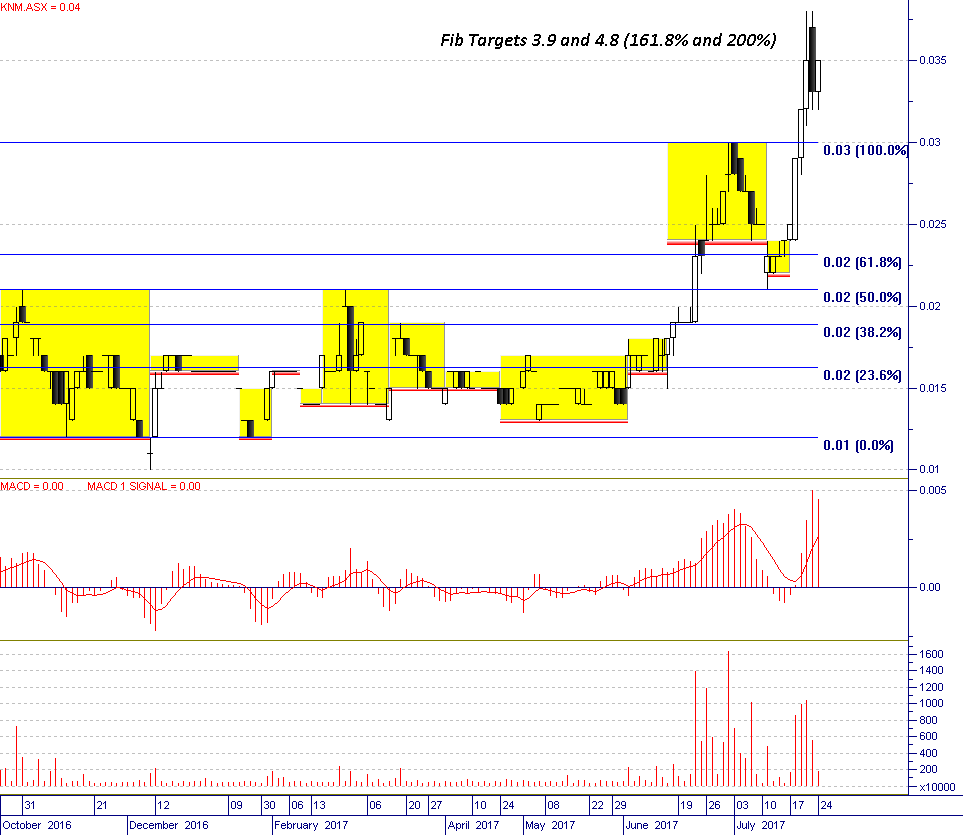 Sold into the gap-up, waiting for the pullback.
The initial exuberance looked too much like a knee-jerk reaction to the 10,000 seats fanfare. If 4.1 does end up holding support, I'll buy back in, but at this stage I treat it as a false break in the "Amateurs' Opening Hour" 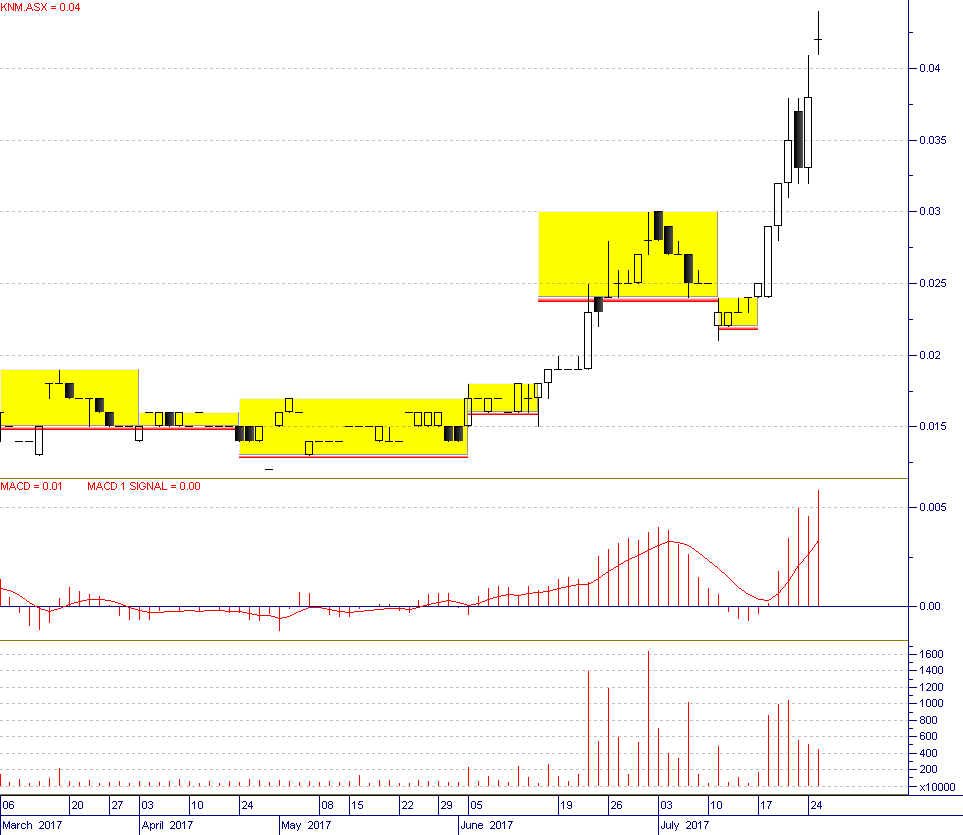 The 1-minute Intraday suggested a reversal from 4.4/4.6.
Looks like I've been too cautious. 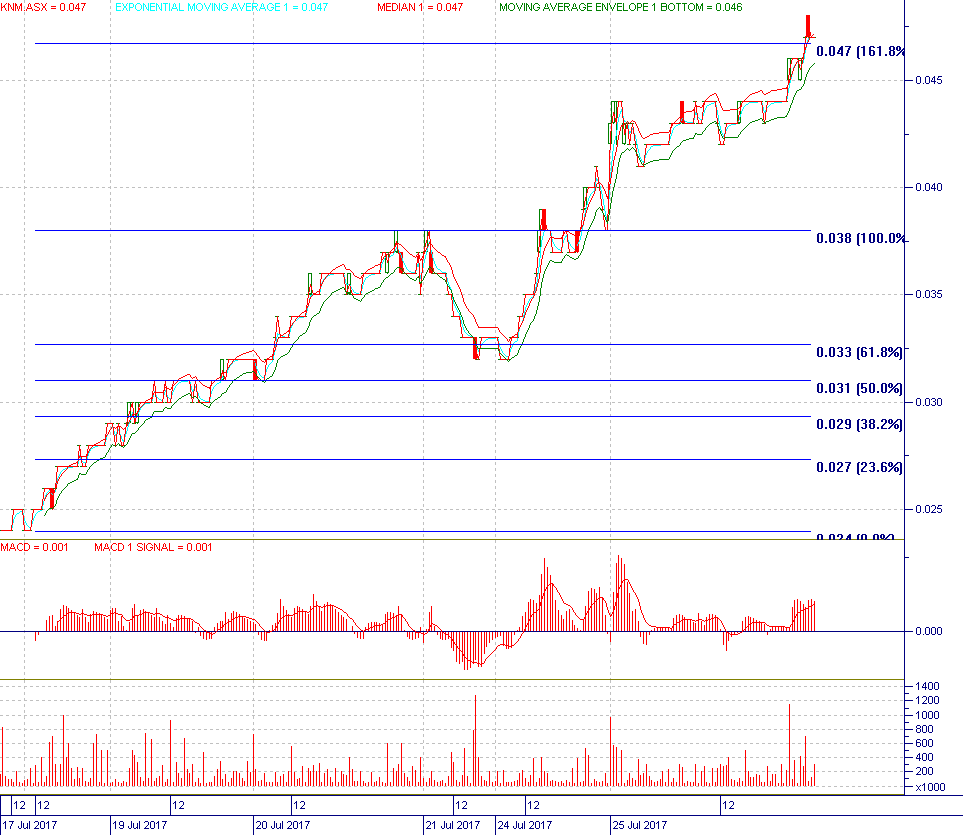 If the money's in your pocket and you know there are unlimited opportunities in the future, I think a little caution is good.

peter2 said:
If the money's in your pocket and you know there are unlimited opportunities in the future, I think a little caution is good.
Click to expand...

There's more to it:
Western Power are messing with powerlines in our street and we have been warned to expect lengthy power outages. Sparkies even came to our door, advising of a major fault in the feeder line to our Strata substation.
That didn't leave me much choice but to stay out of swingers requiring close attention.
As it happened, this once they finished ahead of plan

Kneomedia has been on a tear for the last two and a half months, tripling in price from 2c to 6c.

The share price started to move following the announcement on 3 April in which the company reported that the Florida Department of Education has approved KneoWorld as a partner product federal funding for Florida's 67 Districts which house over 2,470 elementary and middle public schools.

The following week on 11 April the company announced that it raised $715,000 through the placement of 32.5 million shares at 2.2c per share. The company said that it intended to use the funds to advance sales and business development activities in the United States following the successful product distribution partnership in Florida.

Today KNM has pushed through 6c to be currently trading at 6.2c, giving it a market cap of around $42 million. With around $740,000 in expected capital outflows in the current quarter, unless sales increase substantially KNM could find itself in the position of having to raise capital again.

There will be a lot riding on the next set of financial results. Lots of risk here IMO.