Previous discussion of this company can be found in the EIO thread: https://www.aussiestockforums.com/forums/showthread.php?t=20362

Some kind of attempted board spill going on at Kogi Iron.

The company announced on 11 May that it has received a Notice under section 249D of the Corporations Act from registered shareholders of at least 5% of the votes that may be cast at a general meeting, requesting that the directors of the company call and arrange to hold a general meeting of the company. The resolutions to be put to shareholders will be for the election of three new directors Mr Philip Ashley, Dr Malcolm Brandon and Mr John Maclean, and for the removal of Mr Don Carroll, Mr Michael Tilley and Mr Martin Wood.

There is no further information at this time but the KFE share price has been heading north since the announcement, leading me to conclude that the market thinks a board spill would be in the best interests of shareholders.

Will be interesting to see how all this plays out.

Well, the KFE board spill did not succeed and the share price subsequently went south, bottoming at 8c last month.

Today, however, KFE has seen a minor reversal of fortunes as its share price changed direction and headed north, finishing the day at 12c, up 30.43% on Friday's close. The volume was only average at 777,570 shares, so it's either a case of seller exhaustion or news coming as there has been no announcements released by the company in 2019.

The following article was published just before Christmas and is perhaps some evidence of better times ahead for Kogi Iron: https://www.stearsng.com/article/the-african-party-is-australia-invited#

Interesting changes with KFC, traded it many years back but governmental issues brought it down. The mine itself has great potential and it appears to be untangling on the management side. In a trading halt as we speak but well worth a punt for our Feb competition in my HUMBLE view.

My last post is incorrect, mixed thinking of KFE. However,......
this has been on my books also and picked it today due to the chart. This is sitting on great ore in Africa and is still well worth the run the way metals are going and China's interest/interaction with them also 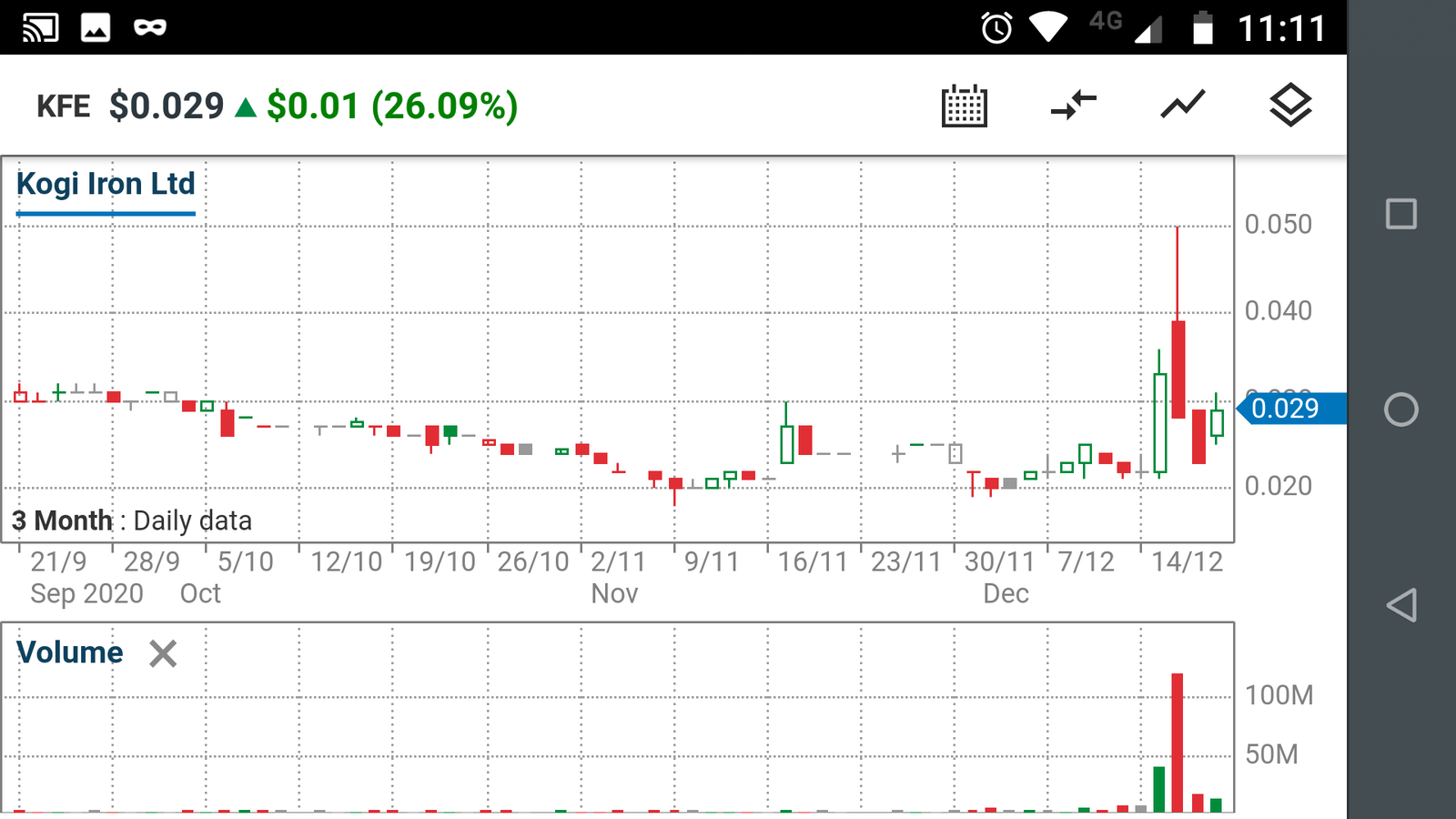