Previous discussion of this company can be found in the IMP thread: https://www.aussiestockforums.com/forums/showthread.php?t=2850

I am not across EEG, but came across their announcement today for anyone who wants to use it as a starting point.

Empire Energy announce that its 95% owned subsidiary, Empire Energy E&P, LLC (“Empire Energy”) has entered into a binding agreement to acquire a 97.9% working interest in producing petroleum properties located in Gove County in the Central Kansas Uplift, Kansas for a purchase price of US$1.7 million, subject to closing adjustments.

The Acquired Assets consist of 3,360 gross (2,648 net) acres on land with total preliminary estimated proved and probable recoverable reserves of 470,000 barrels of oil. As at July 1, 2012 the working interest production from the Acquired Assets was approximately 20 Bbl/d, which Empire Energy expects to quickly increase through targeting 2 behind pipe Mississippian and Pennsylvanian carbonate opportunities identified by 3D seismic, plus an initial 11 seismic identified drilling locations to be targeted over 2012/13.

I'm picking this one for the November tipping comp and hoping the interest in this one will continue during the month. 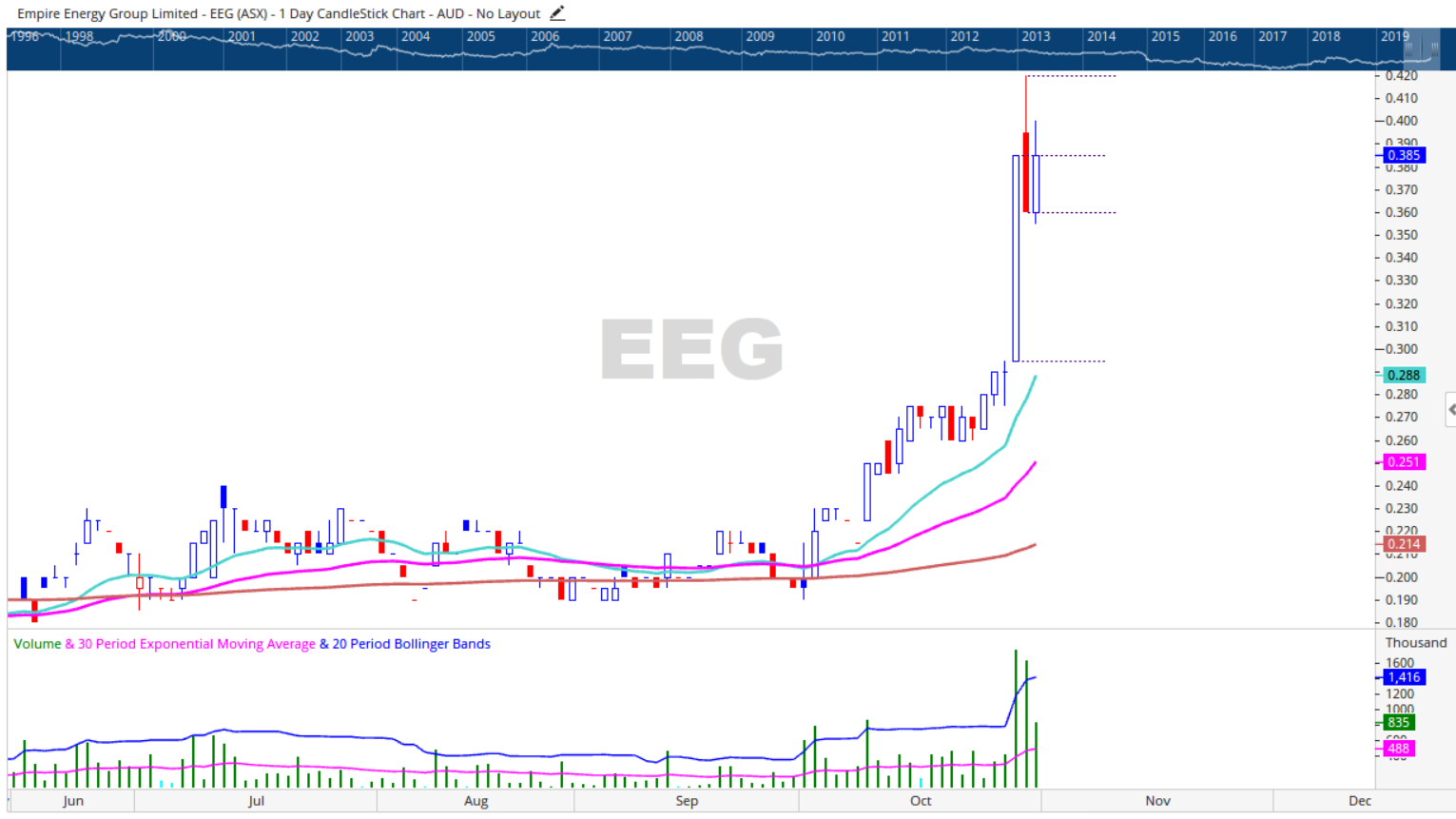 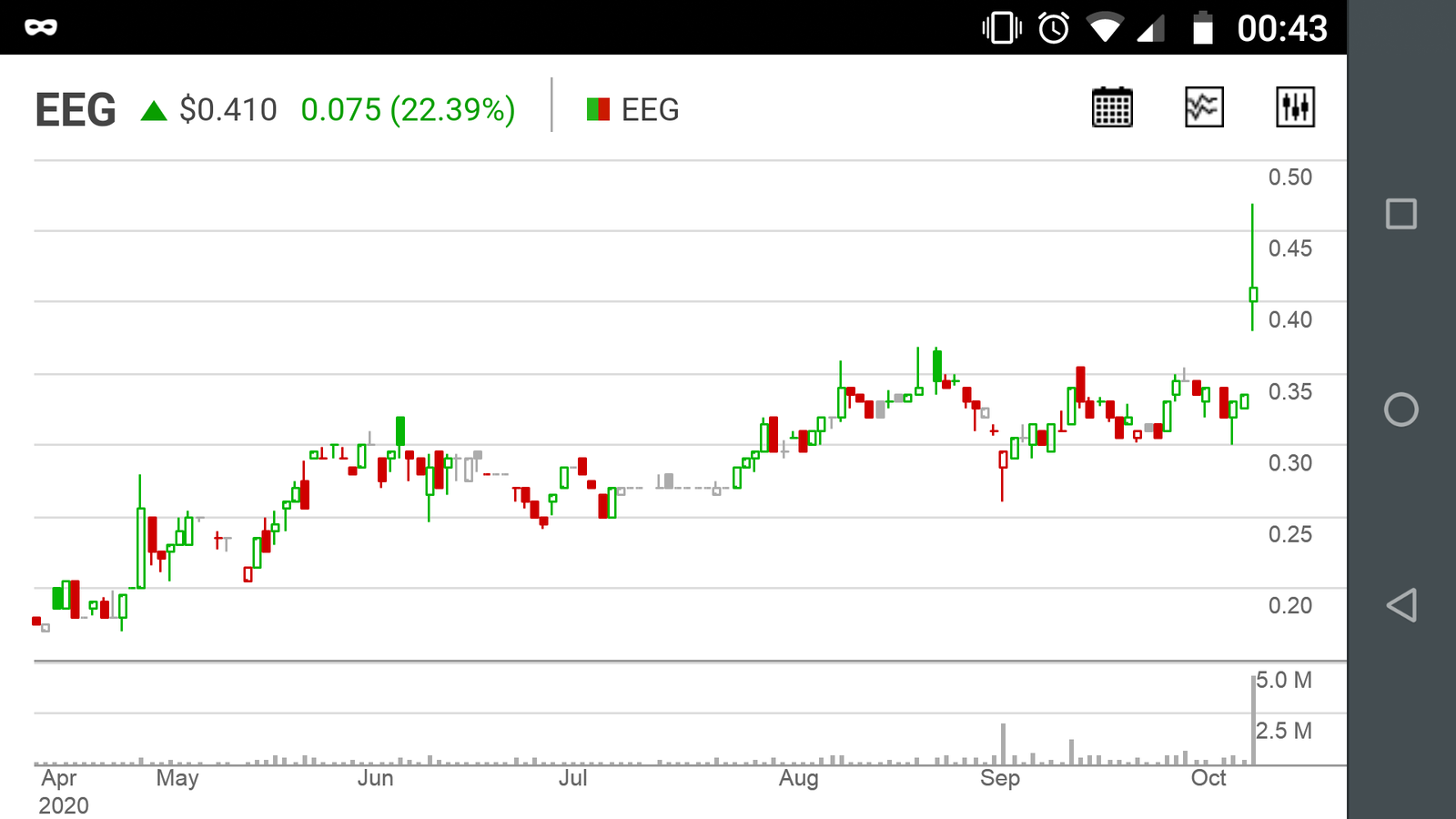