Cannon Resources is a mineral exploration company, established to implement the demerger currently being undertaken by Rox Resources Limited (RXL) for the purpose of maximising the value of the Fisher East Nickel Project and the Collurabbie Nickel Project.

The Fisher East Project is located approximately 430km north of Kalgoorlie and includes eleven granted exploration licences in the North-eastern Goldfields region of Western Australia. Historical exploration at the project has focussed on three nickel deposits, being Camelwood, Cannonball and Musket where a combined Mineral Resource estimate of 4.2Mt at 1.9% nickel has been estimated. The Fisher East Project also hosts significant additional nickel exploration targets at multiple prospects on the basal contact of the greenstone belt, with mineralisation identified to date consisting of massive, matrix and disseminated nickel sulphides. These additional targets include the partly drilled Sabre prospect where an exploration target has been defined based on wide spaced drilling and geophysical surveys. Planned exploration activity will focus on the drilling out of these exciting opportunities.

It is anticipated that CNR will list on the ASX during August 2021.

Exploration for the clean energy revolution. Explore Our Projects Company Overview Cannon is a mineral resources exploration company, established to implement the demerger undertaken by Rox Resources Limited for the purpose of maximising the value of the Fisher East Nickel Project and the... 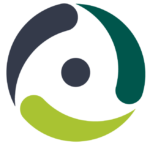