It is anticipated that BMT will list on the ASX during September 2016.

Today's announcement refers to Berkut taking an interest in, among others, Jáchymov, until 1945 known by its German name of Joachimsthal, situated in the Karlovy Vary Region of Bohemia, now part of the Czech Republic. (For those unfamiliar with Christian genealogy: St J was supposedly Mary's father.) For many centuries, "St Joachim's Valley" has been a hub of silver mining, giving its name to the minted "Joachimsthaler", shortened to "Thaler" and, later still, spelled the way it was pronounced: "Dollar".

Impurities in those silver veins were found to be useless, and the miners cursed mischievous gnomes, known in German lore as "Kobold", for putting the hex on their lovely silver mines. Another "useless" by-product was thought to be injected by another tribe of dwarves, the "Nickels".

If anybody saw the breakout earlier this week and acted on it: Well done and good luck!
I did not, and I feel hexed by Kobolds and Nickels. (But I won't chase past 30c either.) 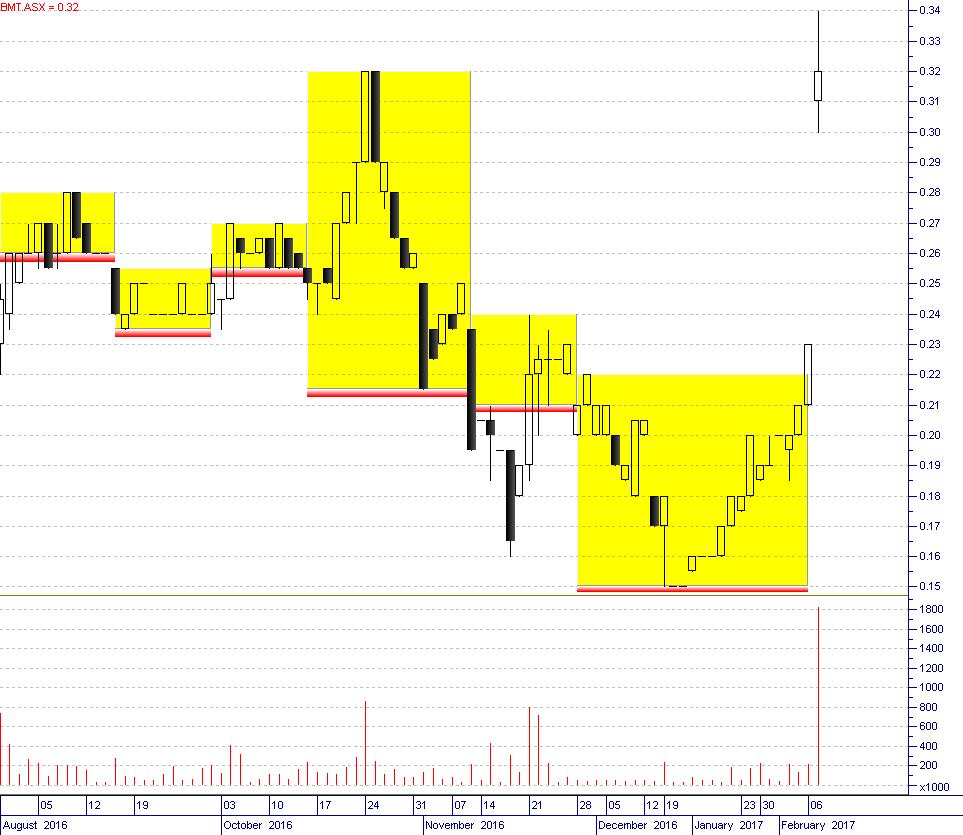 the obvious: pump. dump
The background seems rather sound though, so I'll wait till the exuberance has cleared. Then I might spend a few quid on spec of a slower, more sustainable rise. 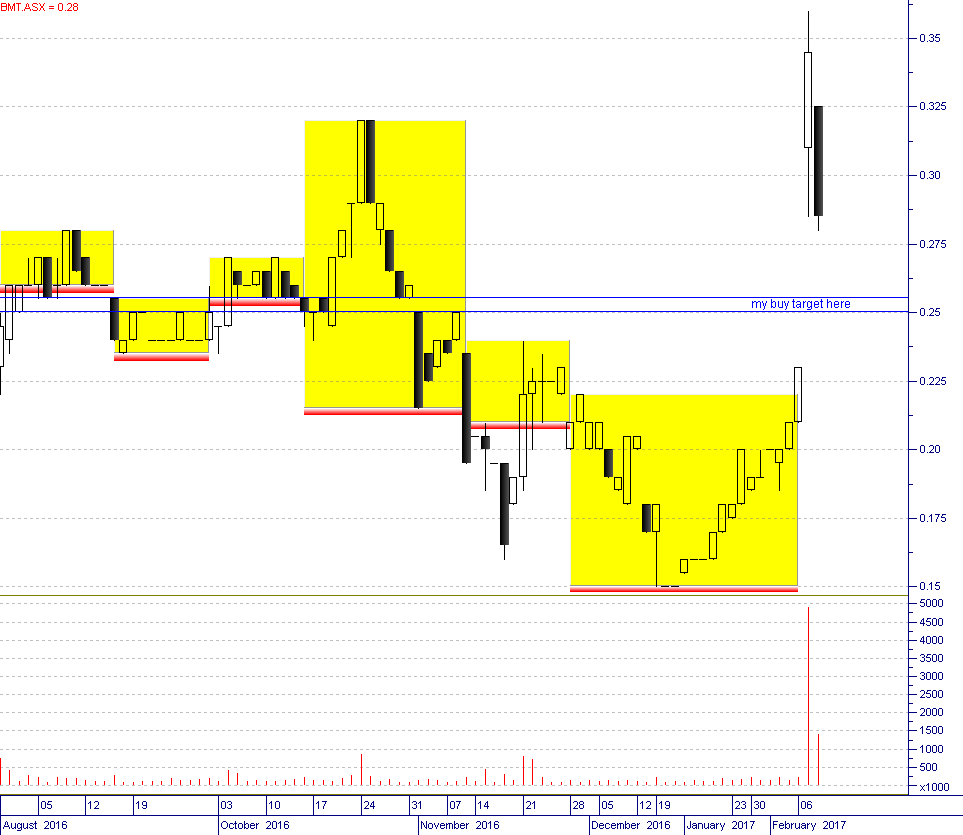 pixel said:
Then I might spend a few quid on spec of a slower, more sustainable rise.
Click to expand...

oh well, if the Mountain doesn't want to come to the Prophet, he'll have to drag the old bones up the Mountain 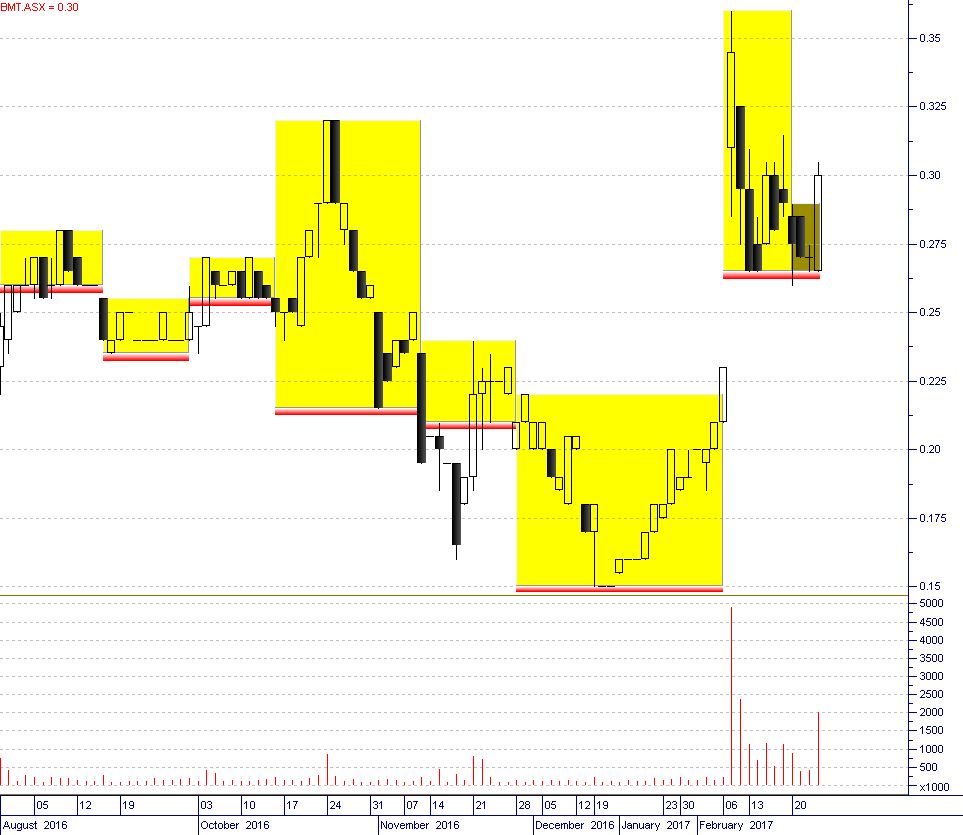 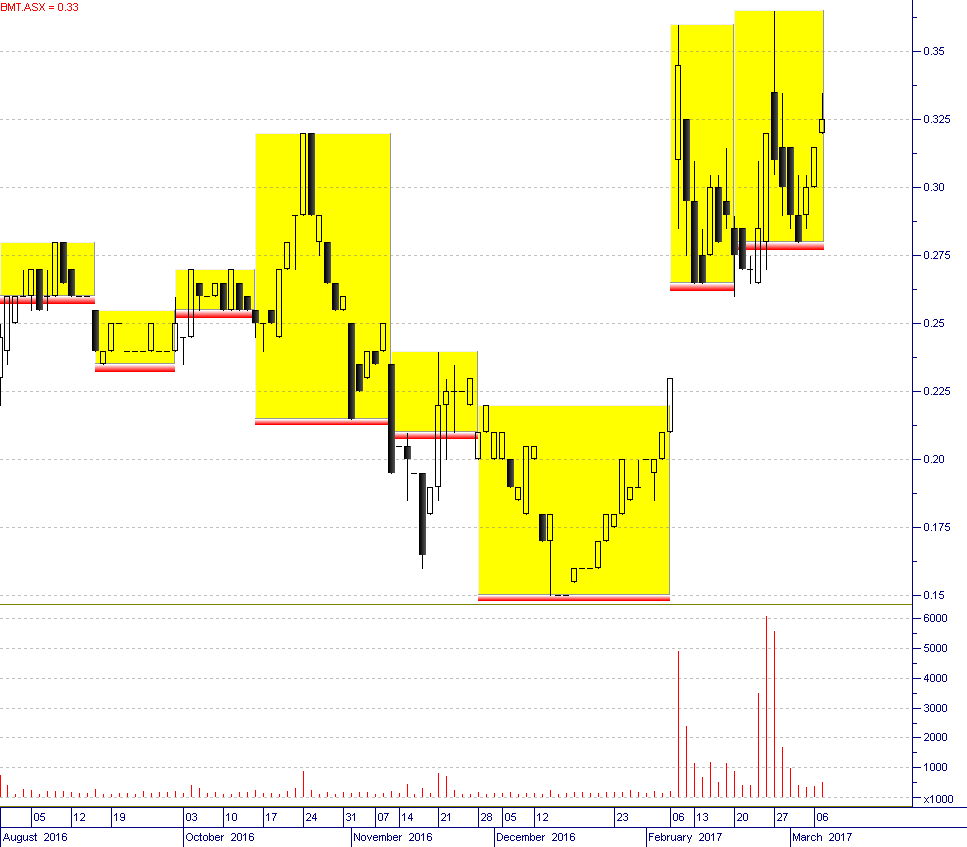 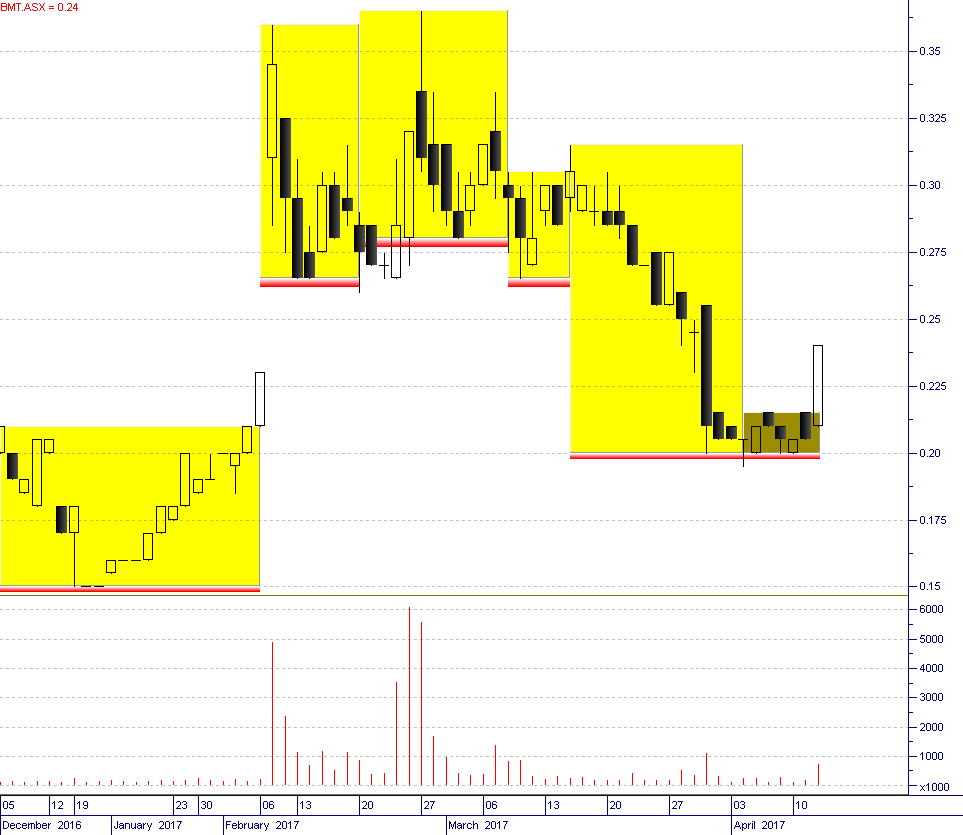 Some good news at last for BMT.

Berkut Minerals announced this morning that it has entered into a binding Heads of Agreements with various parties to acquire a 323km2 ground position including the historical high grade Tick Hill Gold Project, located in the Mt Isa region of Queensland.

Tick Hill was one of Australia's highest grade and most profitable gold mines, producing 511,000oz at 22.5g/t gold to a depth of only 235m from 1991 until 1995 under the ownership of MIM Holdings Ltd. Tick Hill has been largely unexplored over past 20 years and this will be the first time since 1995 that the package has been amalgamated.

greggles said:
Some good news at last for BMT.
Click to expand...


That is good news ……. A lot of Gold to be found around Tick Hill with modern technology you'd expect and it only cost them 20+ million shares … so less than $2 million ….. plus up to $5 million in total production royalties ….

Looks like a steal especially since they have 22,000 ounces of gold lying around in the tailings dam ready to be loaded.

barney said:
Looks like a steal especially since they have 22,000 ounces of gold lying around in the tailings dam ready to be loaded.
Click to expand...


The market also thinks it's a great acquisition. When I posted yesterday BMT was 11c, today it's at 15c. On Tuesday it closed at 7.9c. It's almost doubled in two days.

Even at current prices its market cap is only around $8 million. Plenty of room for further growth. If it doubles again in price it will still only be a $16 million company.

Plenty of room for further growth.
Click to expand...


Absolutely Greg …… Hats off to BMT management for swinging the deal and turning the Company around. Don't hold but those that do will be feeling pretty chuffed at the moment.

Anyone else on this train? The recent SPP was oversubscribed at 30c, so the BOD doubled the amount taken in and still had to issue refunds.

I got in around 18c and took part in said SPP, getting around 75% of what I requested. I am mighty impressed with the price performance! 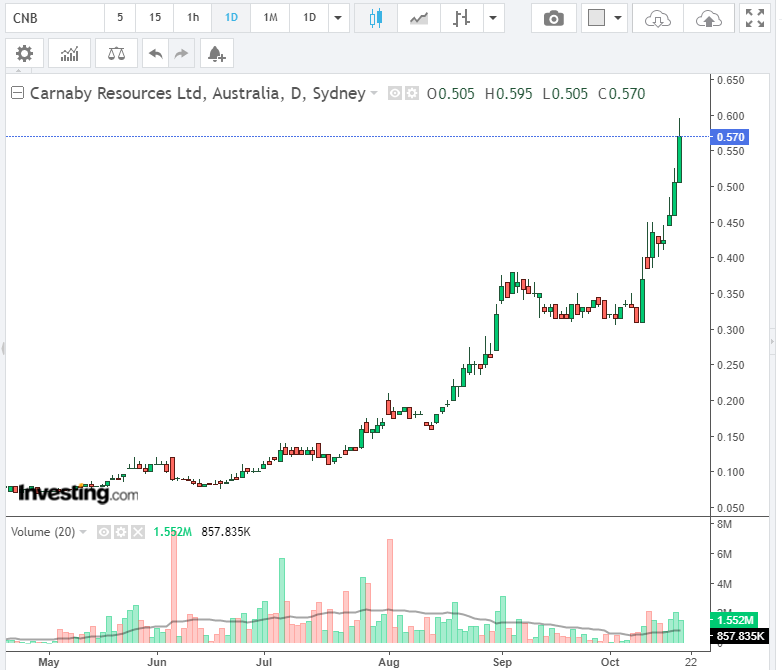