Chile has taken a tiny, but symbolic step towards nationalising some of the biggest copper and lithium mines in the world – a move, that if it ever happened, would damage the likes of BHP and Rio Tinto, directly, while boosting them and other Australian companies mining both metals, and Australia as a whole.

The nationalisation proposal was approved on Tuesday by a committee as part of the drafting of a new constitution in Chile.

The 13-to-6 vote by members of an environmental committee is the first of several hurdles that the controversial proposal would need to clear before becoming a proposal capable of being voted on. It would require support from two thirds of the full assembly to become part of the draft charter that will be put to a referendum later this year.

The environmental commission of the assembly, which is drafting Chile’s new constitution, approved the proposal “for the Nationalization and New Social and Environmental Management of Copper Mining, Lithium and other Strategic Assets.”

Chile is rewriting its Constitution to replace a market-centric one that dates back to the military dictatorship of General Augusto Pinochet.

Last week, the same committee gave a first up approval for a proposal to annul operations that infringe on indigenous land. Other proposals include setting time limits on concessions, with the industry pushing hard to retain the indefinite model, arguing it is critical for long-term planning that underpins investments. 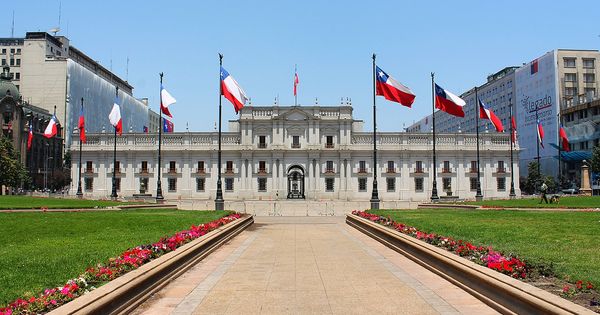 I visited Chile 3 or so years ago, and am not surprised in any way;
both Chile and Argentina are following the socialist path...And Biden will not help a coup .
I wish them luck .... Actually great news for Australia and China

Been following this closely. There's significant doubts the full assembly will support such a change to the constitution as it will potentially destroy the Chilean economy.

qldfrog said:
I visited Chile 3 or so years ago, and am not surprised in any way;
both Chile and Argentina are following the socialist path....... Actually great news for Australia and China
Click to expand...

And Ecuador , Peru, not forgetting Bolivia

I went to Chile in 1979 from Aust .... immediate thought, how 3rd world. Then it was the fear, Pinochet not long gone, whispered talk of desaparecidos . Everything rather desperate
Returned 12 months later after a lap of Latin America; coming from Bolivia ... what a progressive, developed country.

What I saw was:
what an arrogant shithole;
a lot of similarities with France, giving lessons on how to build a boat from the deck of the titanic..
Proud of their history, looking with disdain on Peru, Brazil and taking pride in ..not doing much
Collapsed basket-cases with no backbone in my view..obviously leaders in Woke.
What an amazing country destroying by incompetence.In my view a fast forward of what our country faces here in 2 generations;
Obviously, plenty of marvelous people there too but not enough
History will tell if I am wrong; for Argentina it came quite quicker than even I thought

About Chile.i used to have a romantic view of the country, Santiago, Valparaíso...but...
This is where this country is:https://panatimes.com/the-fast-fashion-graveyard-in-a-desert

We can blame neo liberalism, or socialism and a non industrious mindset ( is that smooth enough in our pc world?) But this is the country producing most of the world copper, the "oil" of EVs....

Back in the 1990's PDVSA, the state-owned oil company, was far more competent than the stereotype of such an entity. World leading technology applied at home plus international refining and distribution operations.

Then along came Chavez and pretty quickly PDVSA became a basket case. Technical competence was actively pushed out, cronies were hired to fill the positions, and so on. Long story short it's wrecked - production was running at 3.5 million barrels per day in the late 1990's, which put them on par with or even ahead of most of the Western oil companies at the time, whereas today they're barely holding output at 0.5 million bpd. That's not a decline it's a crash.

Same in any country, Australia included.

Smurf1976 said:
It's not impossible for government to run something successfully
Click to expand...


Why would you want the government to run any industry?
Thats not their job and politicians running a mining industry? what could go wrong?
And it has in Chile, a 35 year old ex student leader is now in charge and his first priority is to nationalise the mines.
It won't happen of course, there would be capital flight or a coup...

bk1 said:
Why would you want the government to run any industry?
Thats not their job and politicians running a mining industry? what could go wrong?
And it has in Chile, a 35 year old ex student leader is now in charge and his first priority is to nationalise the mines.
It won't happen of course, there would be capital flight or a coup...
Click to expand...

It will happen and there will be capital flight

bk1 said:
Why would you want the government to run any industry?
Thats not their job and politicians running a mining industry? what could go wrong?
Click to expand...

I'm not arguing should or shouldn't.

Just an observation that whilst the stereotype says otherwise, there are precedents for governments running physical things successfully just as there are examples of failure.

PDVSA is the obvious example - same industry, same place, same company has been at both extremes of success and failure. What determined the difference wasn't government ownership per se but the nature of that government, one that wanted capitalist-style success for its oil business and actually achieved it with competent people running it versus one that saw it as a source of easy money, installed their cronies and ruined it.

I'm not arguing that we ought nationalise things, just that the physical continuance of a mine (or anything else) under government ownership is an "it depends on the detail" situation. It's not automatically a death sentence although it could be - depends on the detail of what government actually does with it. Whether they stand back and let competent people get on and run a business from which government simply receives the dividends as a passive investor or whether the politicians start ripping money out of it and meddling in day to day operations. Game over if it's the latter.