The primary focus of Oakland Resources (OKL) is the aggressive exploration for gold deposits in the emerging Silurian Gold Province of New South Wales. The Company has already generated a number of high priority drilling targets.


MICHELAGO PROJECT
No work completed this quarter. Target at Billilingra Prospect ready for drill testing and soil sampling to be completed at Kellyville Prospect. Given the focus on the Apsley Prospect, this work has been deferred.

BOOROWA PROJECT
No work completed this quarter. Target at Crosby Prospect ready for drill testing. Given the focus on the Apsley Prospect, this work has been deferred.

CORPORATE
The Company has been evaluating a number of new opportunities during the last quarter. A number of projects have been offered for review both in Australia and overseas.


• Maiden Exploration Target defined for Apsley Prospect.
• Mineralisation at the Apsley Prospect is open to the north, the south and at depth.
• Planning for follow up drilling programme well advanced.

Castillo Copper sold off this morning on low volume after drilling results from the company's Cangai Copper Mine near Grafton returned relatively low grade copper intersections.

News that the Castillo Copper drilling team have now commenced work on the Phase II 39-RC drill-hole campaign at the company's Cangai Copper Mine has seen the CCZ share price show its first signs of relief in quite some time. It's currently up 16.67% to 2.8c so far today.

However, it's been a long slide from 9c to 2.4c over the last six months and CCZ is going to have its work cut out for it to get back through resistance at 4c.

Not much written about CCZ considering it's been making new yearly highs consistently over the past few months.

I don't like that management has various projects to manage. However copper is hot right now and there's a lot of copper in an electric vehicle.

I'm very late into this trend so will be taking what I can when I can.

peter2 said:
Not much written about CCZ considering it's been making new yearly highs consistently over the past few months.

I don't like that management has various projects to manage. However copper is hot right now and there's a lot of copper in an electric vehicle.

I'm very late into this trend so will be taking what I can when I can.
Click to expand...

Then it went quiet only to wake up on U.K list and go into orbit again with copper being so hot.

Noticing yet another U.K list surging past the ASX price. CCZ went up to 18% to 0.045 second day of gains on drill hole progress at the Big One. The U.K had to catch up, then ASX led again, currently the U.K is around 0.051AUD.

That’s the second arbitrage stock I’ve found in a week.
B

Seems the “Big One” is starting to live up to its name. Two good intercepts out of the 20 holes drilled, high grades and just a tease from Si capital below, this type of project attracts majors


Then again neither was a stuttering Simon Paull when he mentions the larger resource might get out a jorc inferred resource. Best the results do the talking, not B.S flannel for the sake of good P.R though.

That’s whats driving the share price and more to come.
B

Couple of Poms doing in depth (or long winded) due diligence. Worth a listen if interested in this stock though.

That some thick mineralisation they found up to 34m thick. I wonder if they find more and what it does for the share price, up today 15.49% to 0.044c. 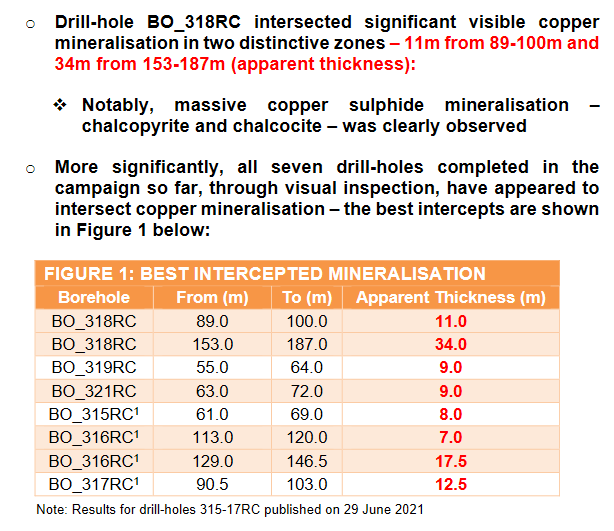 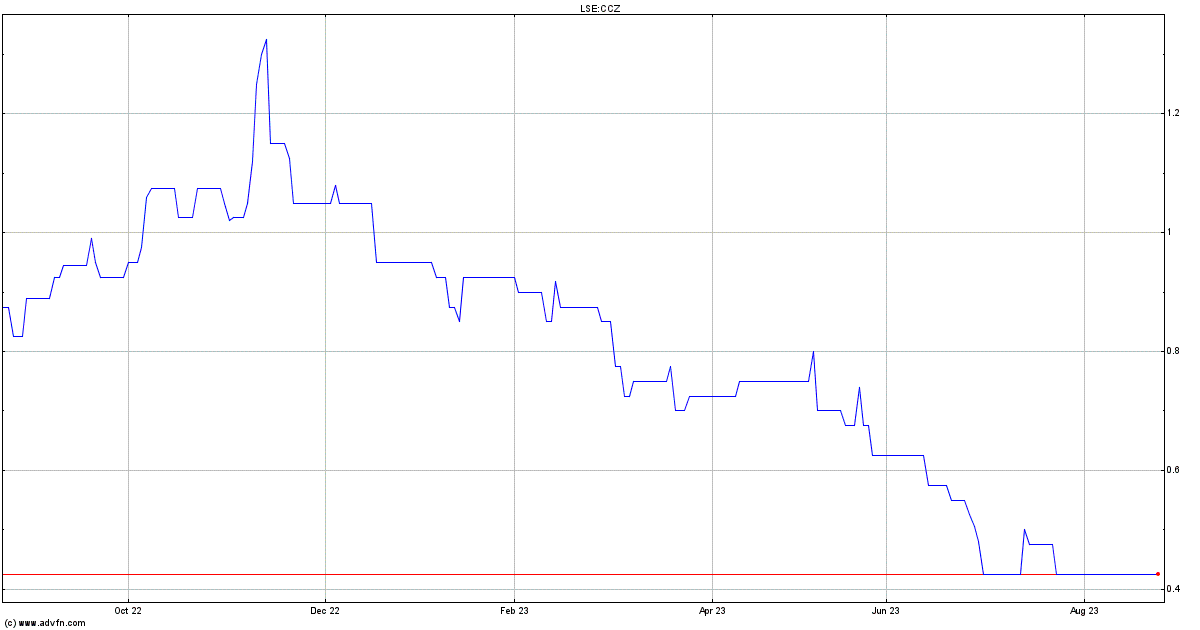 Some slight improvement on AIM with the last buys at 2.14p 4.04c.
List of trades: https://www.londonstockexchange.com/stock/CCZ/castillo-copper-limited/trade-recap

Castillo Copper Limited (LSE and ASX: CCZ), a base metal explorer primarily focused on copper across Australia and Zambia, advises that is has today lodged a cleansing prospectus ("Prospectus") with the Australian Securities and Investments Commission. The Prospectus has been prepared primarily for the purpose of Section 708A(11) of the Corporations Act to remove any trading restrictions on the sale of Equity Securities issued by the Company prior to the Closing Date, as set out in the Prospectus.

A copy of the Prospectus is available on the Company's website: https://castillocopper.com/investors/announcements/

CCZ is to float NEWCO on to the ASX short term. That should see more cash available. Trust from investors here isn't particularly high even though drilling results have been good overall. The shares are down about 37% from recent highs. Better trust would help the share price plus moving closer to a JORC resource.