On 30 January 2012 the Company announced the appointment of Mr Eugene Lambert as Assistant Company Secretary. Mr Lambert is a certificated member of Chartered Secretaries Australia with significant experience in finance and corporate advisory industries. Mr Lambert is also actively involved in project origination and seed capital raising for start-up companies.

Some bad news for Auroch Minerals holders this morning. Assay results for the first two holes (TIDD002 &TIDD003) at Tisová have not replicated the Cu Co results obtained from grab samples reported from historic waste dumps on site. Cobalt and copper results are both lower grade, and across narrower intervals than expected from the visual logging of the core.

With the onset of the northern winter, exploration activity has now been suspended in the Czech Republic and can only resume post snow melts in 2018.

https://aurisminerals.com.au/wp-content/uploads/austocks/aur/2019_12_17_AUR_8e8a2043844e03f107fe3ed0f2e2ceab.pdf
For those like me, who did not know what is meant by DHEM :
Differential Hall Effect Metrology (DHEM) is an electrical characterization technique used for obtaining depth profiles of active dopants (carrier concentration), sheet resistance and carrier mobility through an electrically isolated semiconductor film. Typically, Si, SiGe, Ge samples are analyzed up to 100nm depth.
BTW - refer to the news story published in Western Australia back in 2019 - recycled news. 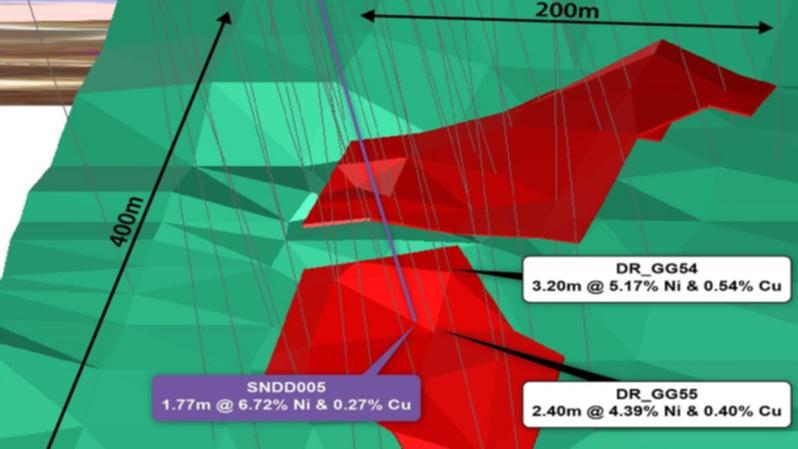 ASX-listed base metals explorer, Auroch Minerals, has nailed the grade in its latest exploration play with exceptional maiden assay results running at nearly 10% nickel at the Saints project.

thewest.com.au
PS - DYOR. I have just bought a small parcel at about 10 cents.

, I hope you don't mind me putting up the chart of AOU as it looks pretty good. 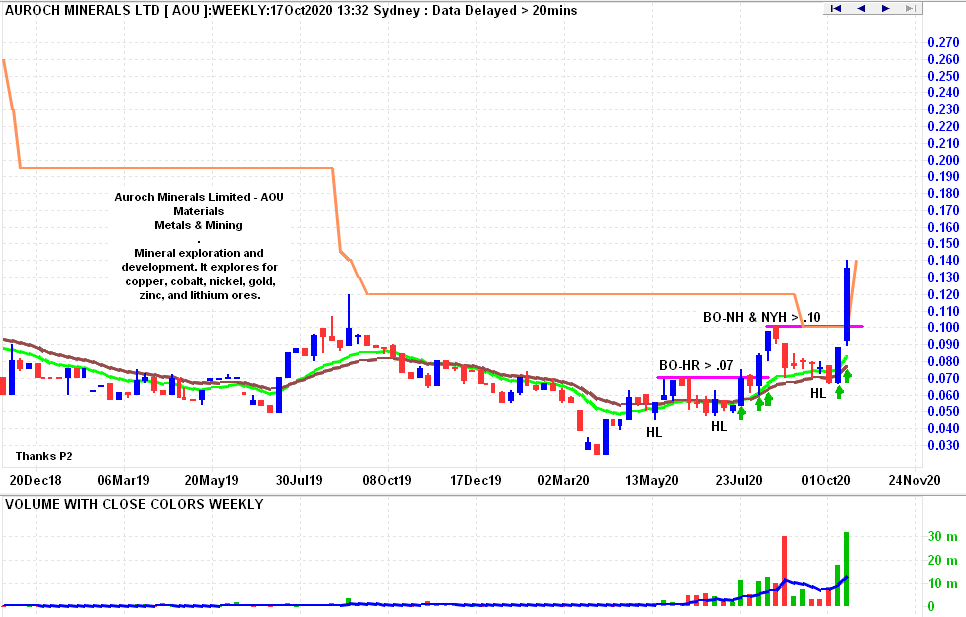 PS. I have just bought a small parcel at about 10 cents.
Click to expand...

and about to open closer to 15c

, I hope you don't mind me putting up the chart of AOU as it looks pretty good.

Thanks @debtfree .
I am glad to see your chart. Took me for surprise as I put money on technicality only. If it goes up per your chart, I will sell half to have a zero cost.

Some recent announcements asset acquisition - all look good to me excepting one question - Is AOU capable now handle additional exposure. Is there still a nickel run to sustain prices ?

Highlights
• Second diamond drill-hole at the Horn Prospect (HNDD002) has intersected over 7m of nickeliferous massive sulphides from 143m depth
• Logging and sampling of drill-core from the first hole HNDD001, including a 5m intersection of semi-massive to massive nickel sulphides, has been logged and sampled, and assays are pending
• Drill programme continues with a further 4 holes remaining for the Horn Prospect 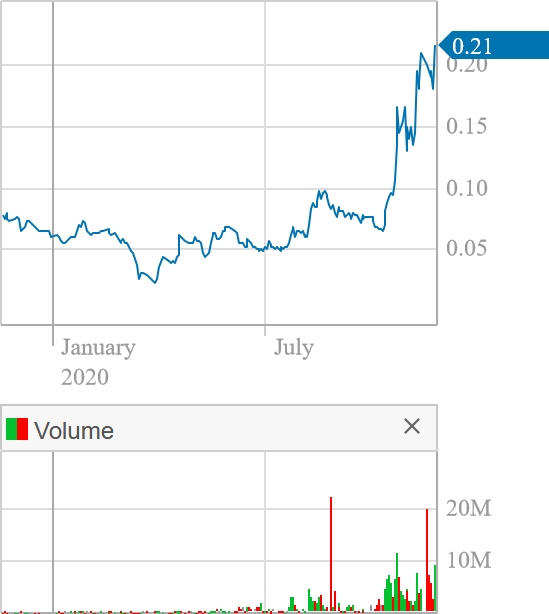