oh.... and offtake warehouse done in town (Qube has their finger in that - and PLS end as well - for those into that)
H

and now being trucked to port storage..........cash ok but financing a little unclear.....and the take off for next year still a little vague for 1 of the 2 partners.........stage 2 talks all smiles but I cannot see the point without full stage 1 sales........price has been hammered of late....are the risks fully priced in now?

This is fairly typical of explorer turning into a producer. A bit of hype and blue sky while exploring and the price based on "maybe they will find some more". Then they become a mining company and not an explorer and the fundamentals replace the blue sky. I have a habit of selling explorers when production is imminent as the price usually drops. There are always exceptions, but I have found that this is generally the case. this is
H

fall is expected and part of the junior cycle as u say........but these guys have a few more overhanging issues to work thru (compared with PLS, TAW etc) that should have been/were put to bed already but have woken at midnight screaming.........and some are contractually locked with solutions somewhat out of AJM hands.

Stage 2 would be unlikely given the small resource and tight tenements. I'd base any valuation off stage 1 production figures until they define some more resource.
H

if spod % is good then the buyers will come anyway (so no real issues there except the lack of control aspect atm - but that will pass in time).

and today a little relationship break-up between fiances........each partner always say that they dumped the other........BOM say they have protected shareholders (they own a lot) and so I will stay tucked under their wings. stage 2 ?
H 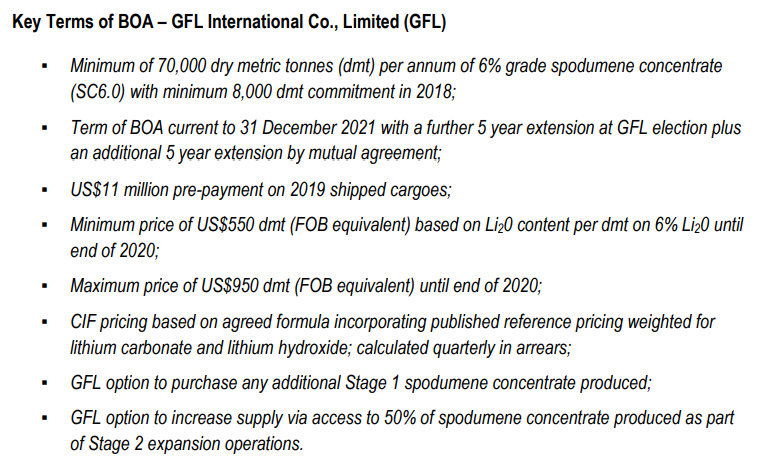 This new agreement locks in 100% of planned production from the recently commissioned flagship Altura Lithium operation located at Pilgangoora in Western Australia.

The news has given the AJM share price a well deserved lift after a disappointing 2018 which has seen it decline from 50c to a low of 18c. Now that the company's Altura Lithium operation is up and running and there is a sizeable pre-payment coming from GFL International a lot of risk seems to have been taken out of the equation. With no CR on the horizon the company can get on with the business of lithium mining and hopefully kick some goals for shareholders.

Yeah, big shot in the arm for the Co. They burned a lot of cash last Quarter and only had about $10 million left as a buffer but this deal should make things a lot smoother from here on in.

Folks
AJM was poising in a good shape recently but what could have tempted the COO to resign abruptly without giving the company option to source his successor in a planned way?
Was it his goal after spending 4 years, lack of performance or something more serious for the stakeholders to know after one month ??? 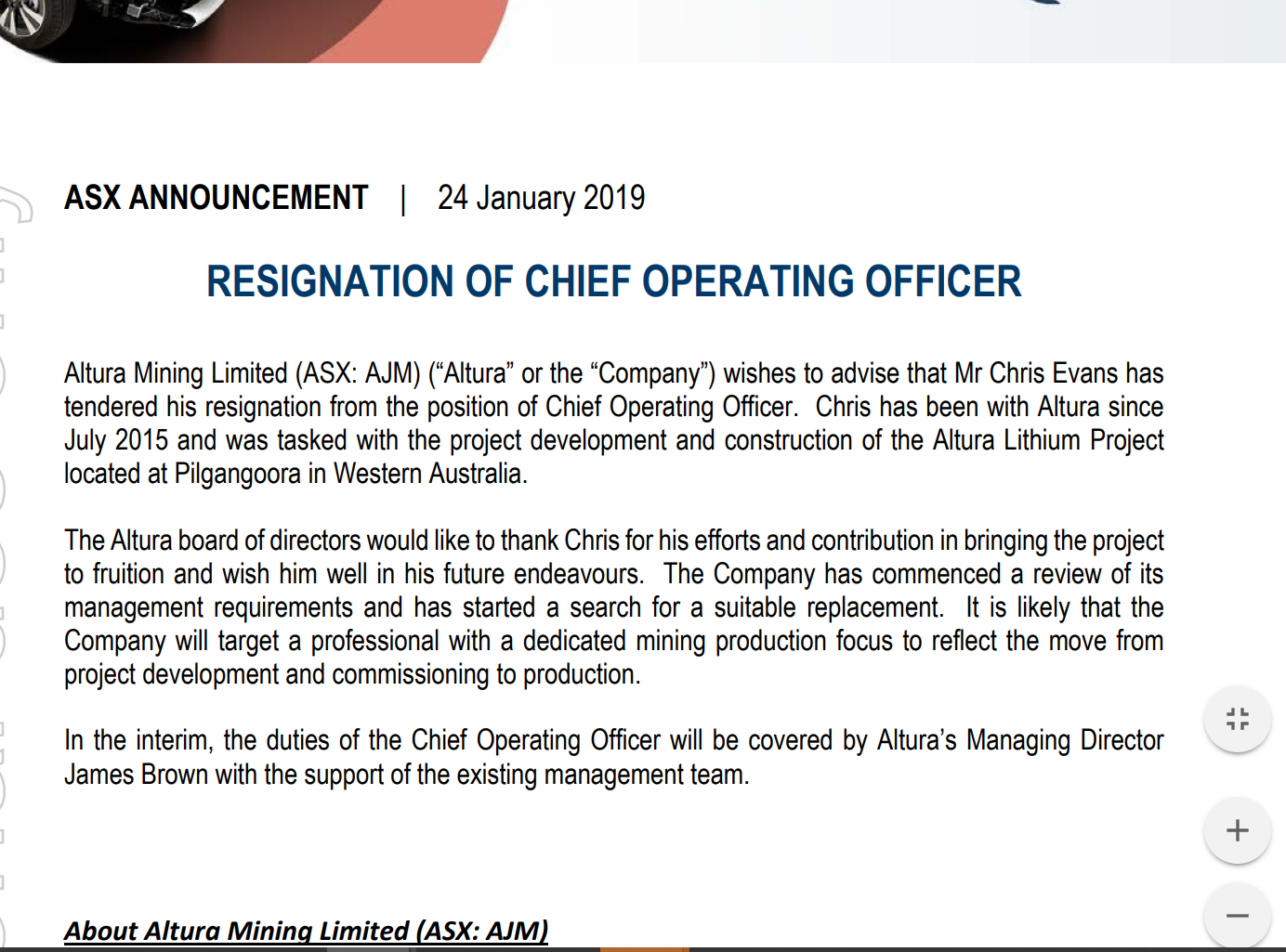 Miner said:
AJM was poising in a good shape recently but what could have tempted the COO to resign abruptly without giving the company option to source his successor in a planned way?
Click to expand...

It's not a stock I'm following but I do see that the share price is down more than 50% since your post so there's something not going well presumably?

Smurf1976 said:
It's not a stock I'm following but I do see that the share price is down more than 50% since your post so there's something not going well presumably?
Click to expand...

Prompted me to have a look …. Chinese Co. Shansan increasing their stake to over 19% just recently at 11.2 cents per share. A couple of weeks later its down to 7.4 cents. If Chinese want control, short term SP going down will probably suit their plans

Director AC Buckler and his Co. Shazo Holdings also still own +13% so Top 2 S/H's own 30% That's a lot of control if they choose to use or combine it

Looks suspiciously like pushing and shoving going on to me.

Director Buckler is heavily invested in this. I'd like to be a fly on the wall when he and the Shansan boyz chat about their future intentions.

In the short term, rank and file S/H's are under a lot of pressure to let their shares go cheap 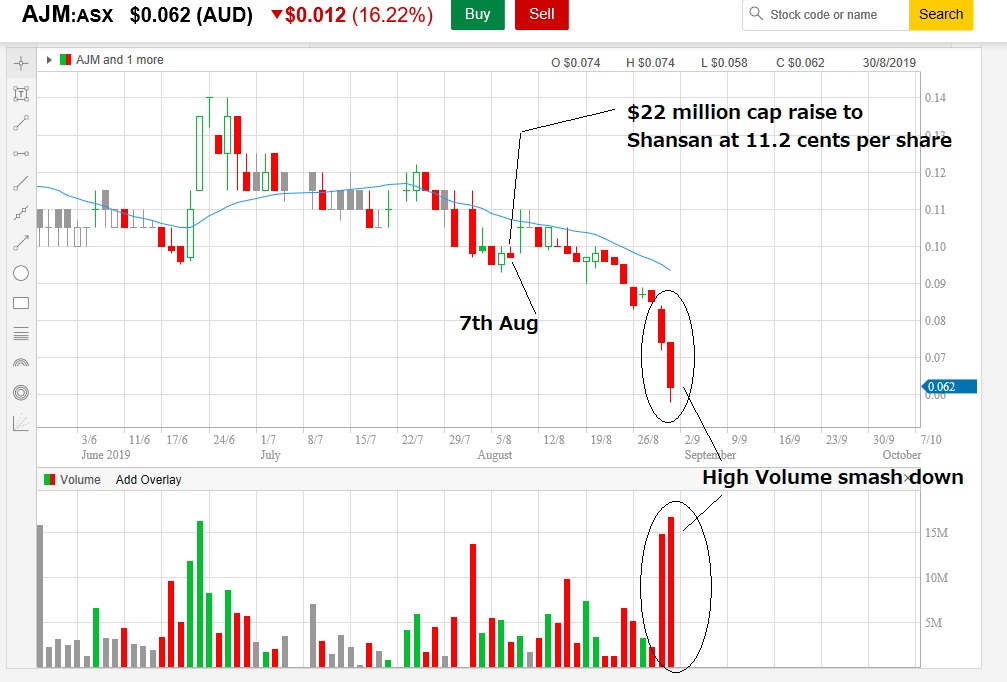 Australian-based Civmec Limited today announced its subsidiary Civmec Construction & Engineering Pty Ltd has lodged a writ and statement of claim in the Supreme Court of Western Australia against Altura Lithium Operations Pty Ltd, for the recovery of payment for works undertaken in the delivery of process plant construction and installation works at Altura’s Pilgangoora Lithium Project in Western Australia.
D

.. loan note holders have agreed to defer all payments and waive key covenants under the facility until 31 Oct 2020. This Waiver once again shows strong support from the lending group and will allow Altura to continue evaluating proposals with a primary focus on reducing financing costs.
As previously announced, the Company has appointed Perth based corporate advisory group Azure Capital to assist the Company on the restructure of its debt arrangements. Pending a further update on the status of such proposals, the Company requests that its securities remain in suspension.
Click to expand...

must be messy?
B

Dona Ferentes said:
must be messy?
Click to expand...

Thank you for keeping us posted
AJM was looking OK for me, held since April.
Time will tell I guess

Altura Mining is putting the finishing touches on a $150 million-plus equity raising designed to dramatically reduce the company's debt.

It is understood Altura Mining boss James Brown and his bankers spent part of the weekend shoring up support from a handful of early institutional backers, in an effort to have the deal underwritten and ready to launch this week.
Click to expand...

Altura reckons its Altura Lithium project, located south of Port Hedland, is as good as any in the business thanks to its high quality ore, low cost production and shareholder approved offtake agreement. The group's problem, however, is a debt laden capital structure designed at a time when lithium prices and forecast prices were much higher, which has Altura in breach of its covenants and at the mercy of its lenders.
D 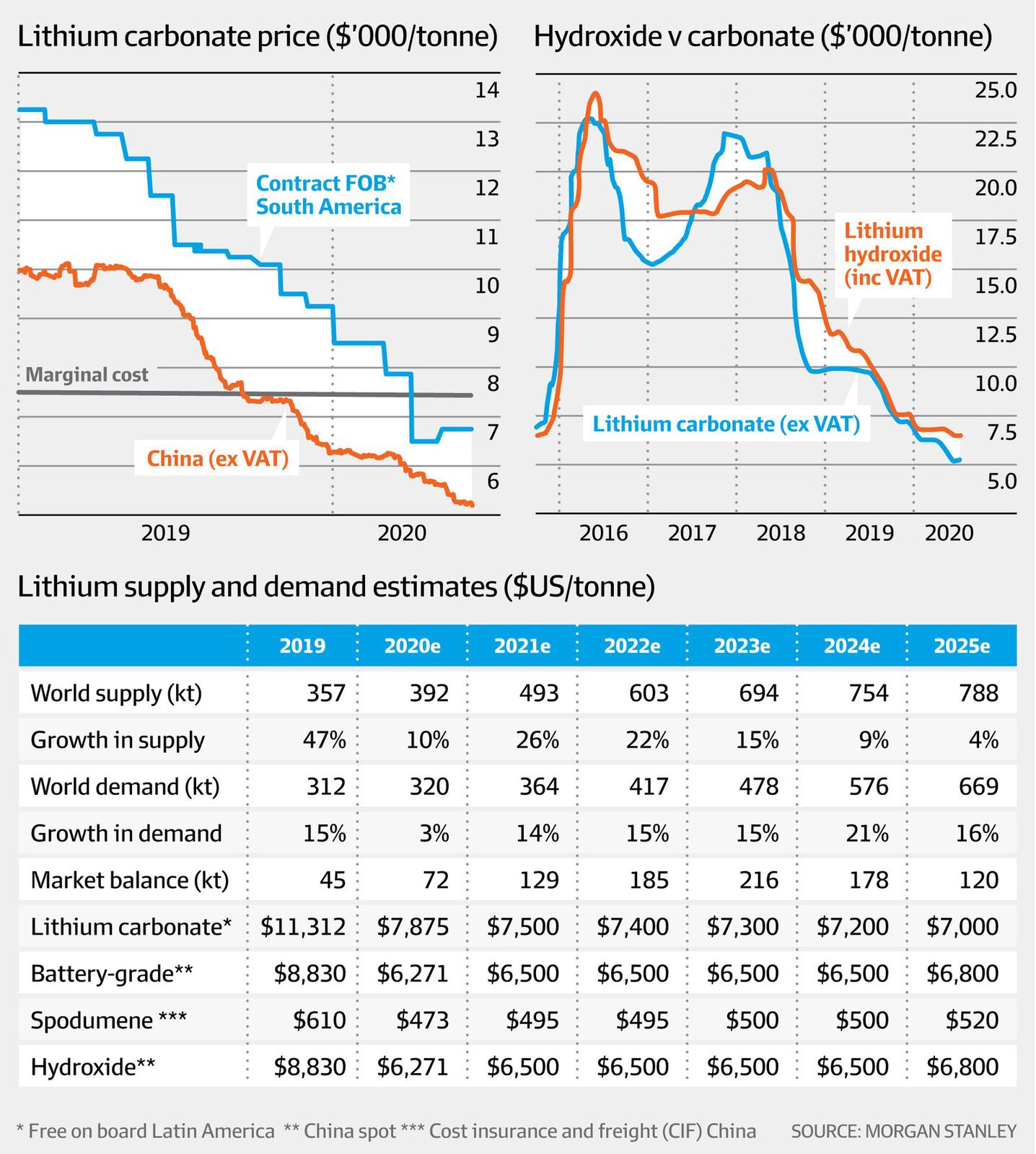 P
Thoughts on a potential short term trade next week